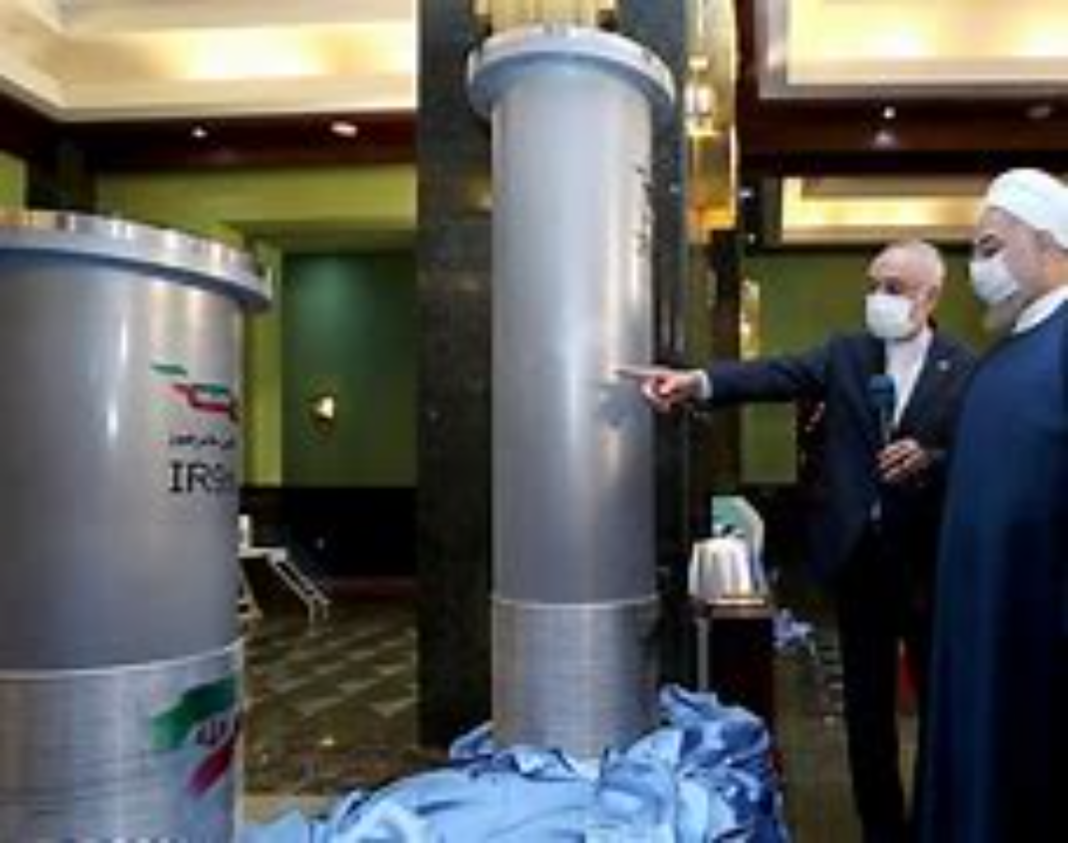 VIENNA — A delicate EU mission to Iran this week failed to secure a commitment from Tehran’s new hardline administration to resume negotiations over reviving a teetering nuclear deal, according to EU officials.

“They are not yet ready for engaging in Vienna,” one senior EU official said, speaking on the condition of anonymity.

Instead, Iran committed to meeting with EU officials in Brussels in the coming weeks to discuss details of texts on the table at the end of the last round of talks in June, which took place in Vienna.

“It’s not a bad idea that we sit down in a long meeting with the new [Iranian] delegation and we go through all the texts … and we clarify with the new delegation different questions that they can have,” the senior EU official said.

The nuclear talks have been stalled since the election of hardline cleric Ebrahim Raisi to the Iranian presidency in June. Iran has repeated that it was ready to resume talks “soon” but has failed to commit to a date, leaving observers increasingly pessimistic.

In an effort to jumpstart the process, Enrique Mora, the chief EU coordinator for the Iran nuclear talks, flew to Tehran on Thursday to meet Iranian Deputy Foreign Minister Ali Bagheri Kani for the first time since the new administration took office.

Iran has accelerated its nuclear program significantly in recent months, enriching uranium to higher levels and accumulating enough weapons-grade uranium that experts say it could build a nuclear bomb in just a few months — if it chose to do so.

Those developments combined with Iran’s stalling on talks is stoking concern among other signatories of Joint Comprehensive Plan of Action (JCPOA), as the Iran nuclear deal is formally called, as well as the U.S., which pulled out of the deal under former President Donald Trump.

The original agreement scaled back international sanctions against Iran in exchange for commitments to curb nuclear activity.

“We are getting close to a point at which returning to compliance with the JCPOA will not in and of itself recapture the benefits of the JCPOA, and that’s because Iran has been using this time to advance its nuclear program in a variety of ways,” U.S. Secretary of State Antony Blinken said after a meeting Wednesday with Israeli Foreign Minister Yair Lapid in Washington.

Despite the lack of commitment on a date, the senior EU official believed that Tehran has “absolutely decided to go back to Vienna.”

However, another senior diplomat, who is familiar with the negotiations and who also spoke on the condition of anonymity, urged caution.

“This seems to be a dead-end situation and I am very concerned,” the official told POLITICO. “I hope I am wrong, but if things continue this way, we will end up nowhere.”

The possibility of upcoming talks in Brussels, the official added, “cannot substitute a resumption of indirect talks between Iran and the United States in Vienna, together with all remaining signatories of the deal.”

The diplomat expressed a widely held fear that Iran is merely stalling for time: “I am left with the suspicion that the Brussels talks could be mere distraction.”

In addition to Mora’s diplomatic push in Tehran, Blinken held a series of meetings in Washington this week with Iran at the top of the agenda. In addition to Lapid, Blinken met EU foreign policy chief Josep Borrell and the foreign ministers of Saudi Arabia and the United Arab Emirates.

Underscoring the depth of concern, Blinken suggested the U.S. had not ruled out a military option if Iran doesn’t change course. “We will look at every option to deal with the challenge posed by Iran,” he said.

Experts appear divided over whether Iran is bolstering its nuclear program to gain leverage ahead of a return to the Vienna talks, or if it has lost interest in coming back into compliance and is prepared to endure continued U.S. sanctions.

Iran will eventually come back to negotiations “as it does not want to be seen in the eyes of Russia and China as the inflexible party at fault,” said Ali Vaez, senior advisor and Iran project director at the International Crisis Group. “But if it comes to Vienna with new and bolder redlines, deadlock is guaranteed.”

“Each should select two or three priorities that it deems essential to secure and in return show flexibility on the other side’s top requirements,” he said. “They won’t be able to get everything they want, but they might be able to get enough of what they need.”

Since President Joe Biden came to office in the U.S., there have been six rounds of talks with Iran in Vienna aimed at bringing both countries back into compliance with the 2015 nuclear deal.

During the talks, the remaining parties to the agreement — Britain, China, France, Germany and Russia — served as intermediaries between the U.S. and Iran.

The nuclear accord is aimed at preventing Iran from building an atomic weapon. Iran insists that its nuclear program is peaceful.

Biden’s ‘Secret’ Flights of Migrants Debunked as a Routine Part of...