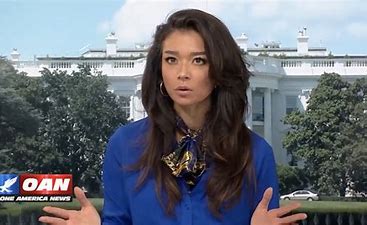 After a protracted pressure campaign, One America News’ major pay television distributors Verizon and DirectTV withdrew it earlier this year. However, the extreme right-wing network continues to draw viewers via streaming services like Roku, Pluto TV, and Amazon’s Fire TV.

After failing to reach an agreement to extend the network’s contract, Verizon, which has more than 3 million cable subscribers, stopped carrying the network in July. At the time, Verizon said in a statement that its negotiations with OAN had been “typical, business-as-usual carriage negotiations like those that frequently take place between content distributors and content providers,” noting that OAN had refused to accept “fair terms” and had subsequently been dropped.

OAN was discontinued by AT&T’s DirectTV in April, which has more than 15 million paying customers. The loss of Verizon and DirectTV would probably be a “death blow” to the network, according to a late July article in The New York Times.

Right-wing businessman Robert Herring founded OAN in 2013, and it is best known for its far-right conspiracy theories that support Donald Trump. Herring testified in court last October that AT&T executives encouraged him to do so and that DirectTV carriage fees accounted for 90% of the network’s income.

Despite the fact that AT&T’s decision to abandon the network was only described as a financial one, it was made in response to criticism of OAN’s conspiracy-laden reporting on the Covid-19 outbreak and persistent claims the 2020 presidential election was rigged. OAN’s Chanel Rion established herself as a frequent presence in the Trump administration, and as a result of her positive coverage of the White House, Trump praised OAN while criticizing Fox News.

OAN is still broadcasting, nevertheless, a month after losing its primary cable carriers, due to a number of streaming providers.

That’s no insignificant audience either; according to Nielsen, streaming services surpassed cable networks to capture the highest proportion of television viewership in the United States for the month of July for the first time ever.

In the second quarter of 2022, Roku had more than 63.1 million subscribers, while Pluto TV, a streaming service owned by ViacomCBS, had more than 70 million active monthly users.

Amazon said at the start of the year that their Fire TV has now been purchased by more than 150 million people.

OAN may be downloaded on a Roku or Fire TV, however in order to access the content, a subscription is required. On Pluto TV, however, you may access OAN without charge via your web browser or a television.

The co-founder of the internet misinformation watchdog Check My Ads is Nandini Jammi. She revealed to Mediaite that OAN receives advertising money from Pluto TV. The network also receives income from other sources.

The network may be viewed on Herring Networks, the parent company of OAN, through its own streaming service, Klowd TV. According to Jammi, Klowd TV, which also airs Alex Jones’ InfoWars, is supported by paid memberships as well as direct and reseller relationships with all the major ad exchanges.

She emphasized that these transactions take place on a seemingly trustworthy website named “AweTV.com,” which bills itself as a 24-hour lifestyle and entertainment cable channel. OAN “frequently gets advertising agreements by concealing its identity in the advertising supply chain,” according to Jammi.

OAN continues to be sued for many billions of dollars by Dominion and Smartmatic voting systems for disseminating misleading information about the 2020 presidential election. In May, the network issued a statement retracting certain statements as part of a defamation agreement with two Georgia election workers.