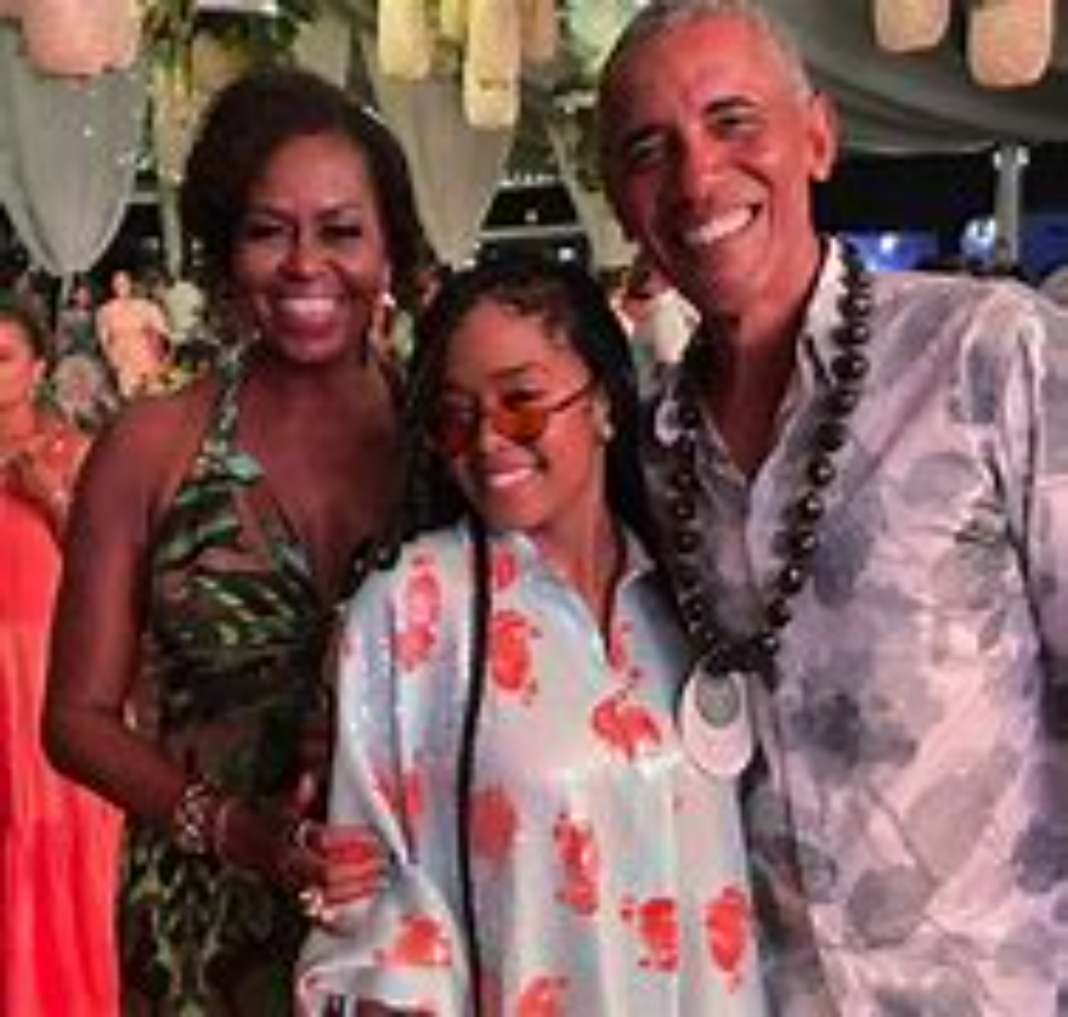 Wow. This is the Birthday superspreader from hell, and it just won’t end.

Obama’s Birthday heads into its 3rd day – and at this point, Barry’s Birthday is dragging on longer than John McCain’s funeral.

This time the mask-free elites herded over to a swanky restaurant for a big BDAY brunch.

And they really packed it in…people were literally squished together.

I feel like The Olympics was shorter and had less pomp and circumstance than this Birthday bash from hell.

Daily Mail reported that Barack Obama’s birthday celebrations continued for a third day on Sunday, with the former president enjoying brunch at a seafront restaurant in Martha’s Vineyard.

In a sky blue linen shirt and sunglasses, the birthday boy capped off a weekend packed with parties.

He and his guests dined beneath a specially-erected marquee, set beside the water.

Having turned 60 on Wednesday, on Friday he welcomed guests with a drinks party at a local restaurant ahead of his big bash on Saturday at his $12million home.

On Saturday night he was caught on video dancing maskless, having the time of his life.

In a video posted to Instagram by 50-year-old American singer-songwriter, Erykah Badu, Obama could be seen holding a microphone and strutting his stuff in the middle of the raised dance floor.

Obama could seen wearing an untucked, light grey patterned shirt and white pants together with some black beads around his neck as he made his way across the floor, to cheers from gathered guests.

Badu had been performing with members of her band and managed to convince Obama to get on stage as part of the celebration.

While the president’s back was turned, she managed to take a selfie video capturing Obama fully in the frame, which she then posted directly to Instagram.

Badu gave a cheeky smile to the camera as she did so, perhaps knowing that such photography had been banned.

Huge crowds of people could be seen in the background, despite Obama insisting the event had been scaled back because of the spread of the Indian Delta variant of COVID.

One staff member told DailyMail.com that 300-400 people were in attendance.

Once a liar, always a liar.

Let’s hope Obama is finally done with his superspreader event.

I am sure within a few days, Barry will be back to pretending to be worried about the Delta variant, and ordering us peasants to mask up and lockdown.