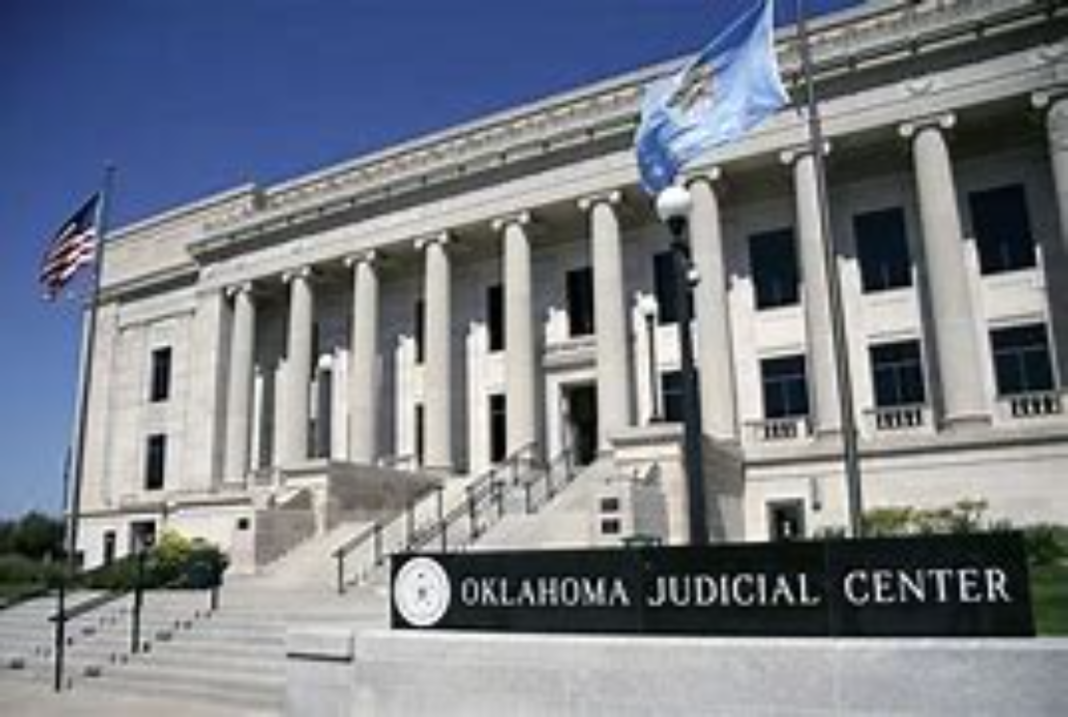 It’s not just the ACLU that is behind this lawsuit, it’s a coalition of groups. They have filed a lawsuit claiming that an Oklahoma law intended to limit some CRT-based teaching violates the constitutional rights of students and teachers:

The Oklahoma law bans teaching that anyone is “inherently racist, sexist or oppressive, whether consciously or unconsciously,” or that they should feel “discomfort, guilt, anguish or any other form of psychological distress” because of their race or sex. Under rules imposed by the state, teachers or administrators found in violation of the law can lose their licenses, and schools can lose accreditation.

Genevieve Bonadies Torres, a attorney with the Lawyers’ Committee for Civil Rights Under Law, said the group has received reports of Oklahoma schools striking classic literature that deals with racial conflict from the curriculum in response to the law, including “To Kill a Mockingbird” by Harper Lee, “A Raisin in the Sun,” a play by Lorraine Hansberry, and “Their Eyes Were Watching God” by Zora Neale Hurston. Districts have also instructed teachers to stop using terms like “diversity” and “white privilege” in class, according to the lawsuit…

Oklahoma’s law is particularly egregious, the suit says, because it limits discussion of dark periods of the state’s history by preventing students and teachers from asking uncomfortable questions. The suit lists several moments that are difficult for educators to cover: the 1889 Land Runs, in which settlers raced to claim land in Oklahoma’s Indian Territory; the 1921 Tulsa Massacre, when a white mob attacked a community known as Black Wall Street, killing hundreds of people and destroying homes and businesses; and the state’s constitutional provision that required racially segregated schools until the U.S. Supreme Court outlawed them in 1954.

At the very end of the article, NBC points out that when Gov. Stitt signed the bill into law in May of this year, he explicitly said “we must keep teaching history in all of its complexities and encourage honest and tough conversations about our past.” He continued, “Noting in this bill prevents or discourages those conversations. In fact, this bill clearly endorses teaching to the Oklahoma academic standards, which were written by Oklahoma educators and include events like the Oklahoma City bombing, the Tulsa Race Massacre, the emergence of Black Wall Street…We can and should teach this history without labeling a young child as an oppressor.”

Here’s the text of HB 1775. It does in fact state, “Nothing in this rule shall be construed to prevent the teaching of history, social studies, English language arts, biology or any other subject matter area consistent with the Oklahoma Academic Standards as adopted and approved by the State Board of Education and approved by the Oklahoma Legislature.” Here’s the full text of what it aims to achieve:

It shall be the policy of the Oklahoma State Board of Education to prohibit discrimination on the basis of race or sex in the form of bias, stereotyping, scapegoating, classification, or the categorical assignment of traits, morals, values, or characteristics based solely on race or sex. Public schools in this state shall be prohibited from engaging in race or sex-based discriminatory acts by utilizing these methods, which result in treating individuals differently on the basis of race or sex or the creation of a hostile environment.

Nothing there about not teaching the history of Oklahoma or certain books. So why are schools pulling certain books, etc? My guess is that people are backing away from anything controversial because they are afraid of crossing a line which could get them fired. But it seems there’s enough in the law itself and in the Governor’s statement about the purpose of the law to clearly authorize the teaching of those topics, such as the Tulsa Race Massacre of 1921 and the Trail of Tears, which the governor also explicitly mentioned. Those are still part of state guidelines so no one is going to be fired for teaching them.

I don’t even think this law was intended to prevent students from feeling bad about these terrible incidents in history. The law only seeks to prevent teachers from telling children they should feel bad because of their race or to imply that their race is inherently bad. In other words, it’s good to teach that the Tulsa Race Massacre was racist and horrifying and we should learn from it that racism is vile. What’s not okay is to tell 10 year old Johnny that he and his parents and his classmates are inherently/morally just like the people who carried out the massacre 100 years ago because they are white.

That seems like a pretty simple line to observe and one that empathetic teachers should want to observe anyway. I guess we’ll see what the courts have to say about it. Here’s the governor’s full statement:

The Results of the Iran talks have leaked out