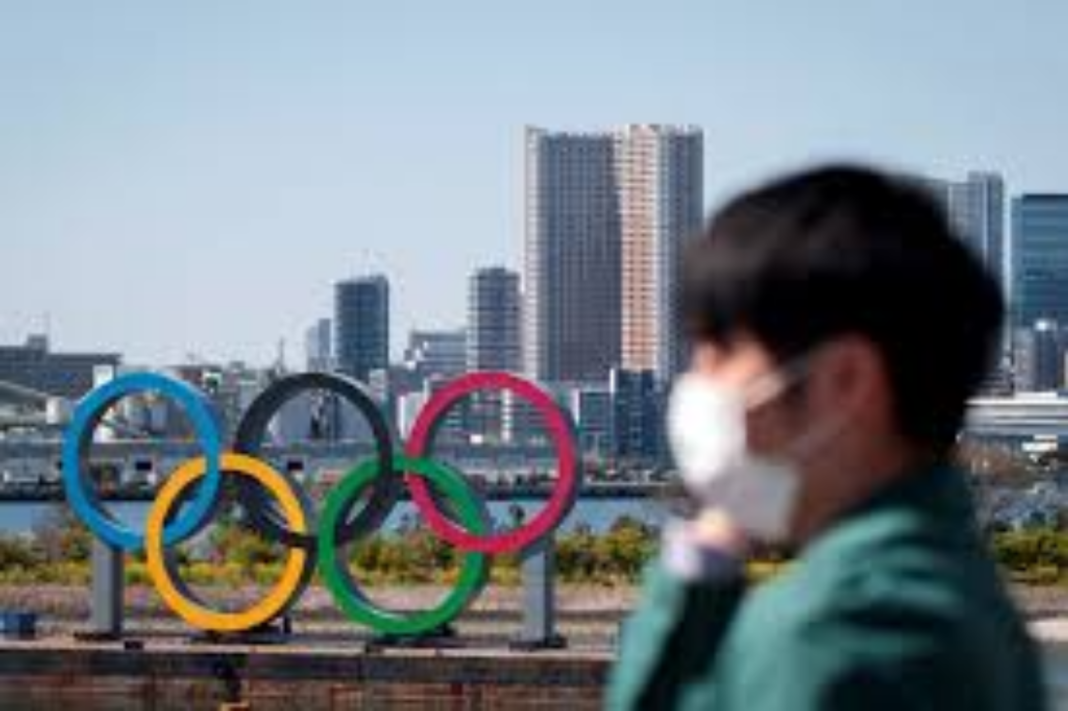 The U.S. State Department issued an advisory against traveling to Japan on Monday over coronavirus pandemic concerns. Many cities in Japan are under the third state of emergency due to overwhelmed hospitals and a low vaccination rate as a new wave of the pandemic erupts in the country. Where does this leave the Tokyo Olympics scheduled to take place July 23 to Aug. 8? The Paralympics are set to begin on August 24.

The CDC issued a warning against travel to Japan and the State Department followed up with a more blunt warning. Don’t go.

The U.S. warning from the Atlanta-based Centers for Disease Control and Prevention said: “Because of the current situation in Japan even fully vaccinated travelers may be at risk for getting and spreading COVID-19 variants and should avoid all travel to Japan.”

The State Department’s warning was more blunt: “Do not travel to Japan due to COVID-19,” it said.

The International Olympic Committee (IOC) and Japan’s Olympic Minister Yoshitaka Sakurada (pictured above), are following the lead of Prime Minister Yoshihide Suga who insists he is determined that the games be held. After the cancelation of the 2020 Summer Olympics and Paralympics due to the coronavirus pandemic, the games were moved to July 2021. This is the first time a modern Olympics is held in an odd-numbered year, thanks to that cancelation. They are keeping the Tokyo 2020 name as a nod to the event seen as a “light at the end of the tunnel.” It will be the biggest world event of the pandemic era. All that said, the Summer Olympics will be different this year, as is everything during the pandemic. “Different” is the new normal.

The State Department’s advisory will likely not affect the Olympic games. Japan already barred spectators from other countries due to coronavirus concerns. There is still a question of if Japanese spectators will be allowed to attend. Though it is a financial hit for Japan, it would be a greater loss if the pandemic caused the first Olympics cancellation since World War II. Organizers say if the games are not held when they are scheduled, they will not be postponed again, they will be canceled. Who makes the final decision? The IOC does.

As Suga has noted, the International Olympic Committee has the final say. Clause 66 of the host city contract cites various grounds for termination, including “if the IOC has reasonable grounds to believe, in its sole discretion, that the safety of participants in the games would be seriously threatened or jeopardized for any reason whatsoever.”

The Olympic torch relay team will not be welcomed in Japan, as it traditionally is and that is also because of the pandemic. Polling shows the vast majority of Japanese people are against going forward with the Olympics. Those in opposition accuse Prime Minister Suga of not protecting the Japanese people, choosing the games over them.

Chief Cabinet Secretary Katsunobu Kato said at a news conference Tuesday that the warning does not prohibit essential travel and Japan believes the U.S. support for Tokyo’s effort to hold the Olympics is unchanged.

“We believe there is no change to the U.S. position supporting the Japanese government’s determination to achieve the games,” Kato said, adding that Washington has told Tokyo the travel warning is not related to the participation of the U.S. Olympic team.

The United States Olympic & Paralympic Committee said it still anticipates American athletes will be able to safely compete at the Tokyo Games.

Seiko Hashimoto, the president of the Tokyo Olympic organizing committee, echoed the remarks of the USOPC.

“I’m aware the USOPC said that the advisory wouldn’t affect the games,” she said. “I think it’s important for us to prepare well to accept athletes under such restrictions.”

The IOC is finalizing details on providing additional medical staff for each country so as not to overburden Japan. Additional medical personnel would be part of the foreign Olympic delegations. They will support medical operations and the implementation of COVID-19 countermeasures at the games. The IOC’s coordination commission chief John Coates is still ironing out all the details. Precautions will be made so that the athletes do not mix with Japanese residents.

He did not say how many additional medical professionals would be flown in for the Olympics or how many each team would need to bring.

“The IOC is actively working with its Japanese partners in the Tokyo 2020 Organising Committee and with the National Olympic Committees on the details of this policy (of flying in additional medical personnel),” the IOC told Reuters on Tuesday.

It said the policy would “be a further measure to ensure safe and secure Olympic Games Tokyo 2020”. It did not say when it would be finalised or how many additional staff were needed.

Japan has had a really slow rollout of COVID-19 vaccinations. Only about 5% of the population is vaccinated so far. The current state of emergency was set to expire on May 31 but it has been extended. A final decision will be announced on Saturday with the expectation that the order will be extended to June 20.

On Sunday, Chief Cabinet Secretary Katsunobu Kato said the administration “will discuss whether to scale down (the state of emergency) to quasi-emergency measures, or whether to continue the declaration for a while, then bring (the nine prefectures) back to a normal state if the situation significantly improves.”

In an effort to curb a fourth pandemic wave, Prime Minister Yoshihide Suga has declared a state of emergency for Tokyo, Osaka, Kyoto, Hiroshima, Hokkaido, Aichi, Hyogo, Okayama, Fukoka prefectures, where restaurants and bars must close at 8 p.m. and are barred from serving alcohol or offering karaoke.

The number of COVID-19 cases has declined but local officials say they are not yet under control. The concern is that too rapid of a lifting of restrictions will bring on a rebound in cases before the Olympics in July.