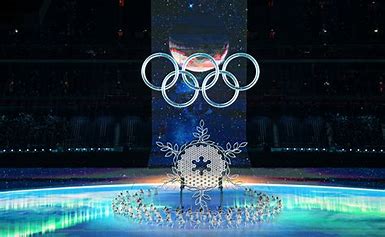 When it comes to the ongoing Genocide Games (a.k.a., this year’s Winter Olympics in China), bad news for the Chinese Communist Party is good news for everyone else. And so we note, with considerable schadenfreude, that the ratings for Friday’s Opening Ceremonies were down 43 percent versus 2018.

Perhaps some of these would-be viewers have turned to National Review‘s counterprogramming of the Games instead (or have at least internalized its anti-CCP message and are acting on it). They would be right to do so. Since Friday, two sitting U.S. senators — Ben Sasse and Tom Cotton — have taken to our pages to condemn the Games. Staff, led by the indefatigable Jimmy Quinn, have made sure that the CCP is not getting the coverage it wants. And outside experts are weighing in to the same effect. Readers can expect more such content as these Games, a stain upon the world’s conscience, continue.

We do this not because it is easy, but because it is right. The easy thing would be to do as so many corporations and international organizations (including the Internal Olympic Committee itself) have done and either submit outright to the CCP’s whitewashed narrative of itself, or equivocate and hem and haw, lest a single potential Olympic dollar go to waste. We’ve seen shades of both in the coverage of the Games so far by other outlets, with one ESPN pundit calling out supposed American hypocrisy for caring about the plight of Uyghurs while “we’ve got assaults on the voting rights of our people of color in various states in this country.” Talk about whataboutism.

NR will never abandon moral clarity for mercenary sophistry. We are honored, also, to rely on readers for support. You have been steadfast and dependable through the years, and we do our best to reciprocate. If you think us worthy, and would like to continue to see such coverage as we have so far featured, please do consider a donation to our cause. A gift subscription is another great way to support us. We are grateful for whatever you are inclined to provide. With your help, we will continue to take the fight to the Chicoms, both during these Games and well beyond.