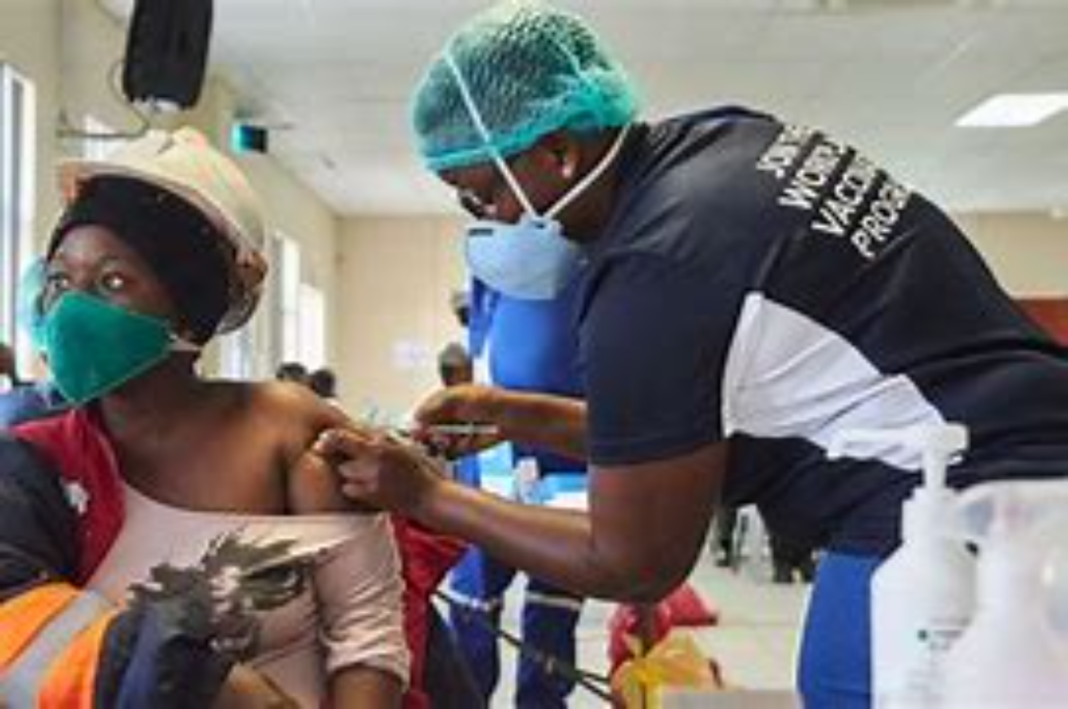 Yesterday was the day for worried experts to indulge in worst-case scenarios about the new B.1.1.529 variant. Today’s the day for more optimistic types to rhetorically slap them around and tell them to pull themselves together.

Scientists don’t know yet how transmissible the new variant, which the WHO is now calling “Omicron” (not “Nu”), is relative to Delta. Or how virulent it is. Or how good it is at punching through immunity generated by vaccines. But the consensus opinion on social media today is that even if O puts a dent in vaccine immunity, it’s highly unlikely to neutralize it entirely. Your must-read Twitter thread of the day comes from a vaccine developer who makes three points to counter the early hype about the new variant.

Point one: Although at first blush Omicron does seem to spread shockingly fast…

Caveat first: data here is *very* preliminary, so everything could change. Nonetheless, better safe than sorry.

1) Based on the data we have, this variant is out-competing others *far* faster than Beta and even Delta did 🚩🚩 pic.twitter.com/R2Ac4e4N6s

…we can’t draw any firm conclusions from that graph about whether it’s out-competing Delta. That’s because COVID cases in South Africa had reached rock bottom earlier this month:

Did the percentage of cases caused by O soar because O is out-competing Delta? Or did it soar simply because there just isn’t much Delta around, for whatever strange reason?

In the same thread, John provided this graph as well. There were far more cases of previous strains around when Alpha and Delta took off, so they had further to go, so to speak, to reach high prevalence. pic.twitter.com/guKN1uKz7C

Omicron may not be out-competing Delta so much as filling a vacuum left by the other variant’s mysterious absence. If Delta begins to surge again in South Africa, we may find that it quickly crowds out O, rendering it irrelevant.

Point two: Among the few people who’ve been diagnosed with Omicron so far, no one seems to be having an especially tough time with it.

However, Dr Angelique Coetzee, chair of the South African Medical Association and a practising GP based in Pretoria, said it was “premature” to make predictions of a health crisis.

“It’s all speculation at this stage. It may be it’s highly transmissible but so far the cases we are seeing are extremely mild,” she said. “Maybe two weeks from now I will have a different opinion but this is what we are seeing. So are we seriously worried? No. We are concerned and we watch what’s happening. But for now we’re saying, ‘OK: there’s a whole hype out there. [We’re] not sure why’.”

Update on the case in Belgium. Unvaccinated and developed flu-like symptoms after being infected with Nu but NO WORSE symptoms 11 days after returning from Egypt. NO other symptomatic individuals in their household. https://t.co/yavPN49tmW pic.twitter.com/1fPolK1ncW

It doesn’t necessarily follow that a variant that’s less virulent than Delta will kill fewer people. If it’s much, much more transmissible and can evade immunity, it may kill more simply by infecting a vastly larger population. But obviously, the fact that early cases are “extremely mild” is great news.

Point three: There’s no reason to think the vaccines will be useless against O just because it has a freakishly high number of mutations on its spike protein. To the contrary, the body’s ability to “recognize” a new strain of a virus following vaccination is sophisticated:

Some doomsayers yesterday worried that the new variant would put us back to “square one” in the pandemic, with the world’s vaccinated population defenseless against it. Pure nonsense, says the vaccine researcher quoted above. Virologist Carl Bergstrom agrees: “Given everything we know at this stage, I’d be very surprised if the current mRNA vaccines did not continue to offer strong protection against severe disease and death from B.1.1.529.” So does Dr. Ashish Jha of Brown: “Render vaccines useless? No. Super unlikely.”

In fact, Omicron’s early success in South Africa may be an artifact of the country’s low vaccination rate. Just 24 percent of South Africans have had both shots. If a much higher percentage were vaccinated, maybe the variant already would have been stopped in its tracks. If so, the U.S. and other highly vaxxed countries won’t have as much to fear from it as the initial data suggested.

And of course, if the variant does prove a threat, Pfizer and Moderna are standing by. BioNTech, the firm that developed Pfizer’s vaccine, said this morning that it could have an Omicron-specific vaccine ready to ship within 100 days if necessary, assuming the FDA cooperates by streamlining the approval process. Which, given its dismal track record during this pandemic, it almost certainly won’t do.

If there are good reasons to not fear the worst-case scenario right now, there are also reasons to believe O could pose a genuine problem. For starters, while hardly any scientists believe the variant will completely evade vaccine immunity, the high number of mutations associated with immune escape on its spike protein means that it’s likely to reduce the vaccines’ effectiveness. Even the optimists allow that:

These vaccines are polyclonal, there are non-neutralizing antibodies, and T-CELLS. Will the vaccines take a hit? Likely. as they do with ALL variants. Will it completely render these useless? Absolutely not. For those saying Nu decimates these vaccines to 30% efficacy? Stop that.

Omicron may also create a special problem for one of the most effective COVID therapeutics we have, monoclonal antibodies. The human immune system may be sophisticated enough to recognize a new variant but synthetic antibodies are pegged to a specific iteration of the virus. If that iteration evolves, those antibodies may no longer recognize it.

The early Eli Lily antibodies like LY-CoV555 (bamlanivimab) and LY-CoV016, which were already in trouble with current variants, aren’t going to do any better against the Nu variant. (8/n) pic.twitter.com/My8GMUDdLa

Maybe that won’t matter with the arrival of Pfizer’s and Merck’s new miracle drugs. Once pills to treat COVID are on the market, which will hopefully be soon, one would expect monoclonal antibodies to fall out of favor. But it remains an open question whether those pills will be as effective as the antibodies are. Just this morning came news that Merck’s wonder drug is only 30 percent effective against COVID, not the 50 percent effective that preliminary studies suggested. Whether Pfizer’s drug will also prove weaker than hoped after initial trials remains to be seen.

Finally, not every virologist out there is convinced that Omicron will be no match for the existing vaccines:

I wish I was as optimistic @jbloom_lab
Our polymutant spike has 20 aa substitutions and is almost completely resistant to neutralization by almost all vaccinated and convalescent plasma we tested. This new one has more in overlapping regions. https://t.co/0MKyr4lQ57

If I’m understanding that correctly, a lab-made mutant spike protein that has *fewer* mutations than O’s does was able to almost completely escape vaccine-generated antibodies. Stay tuned.