Home Politics On Economic Stimulus, How Big Is Big? 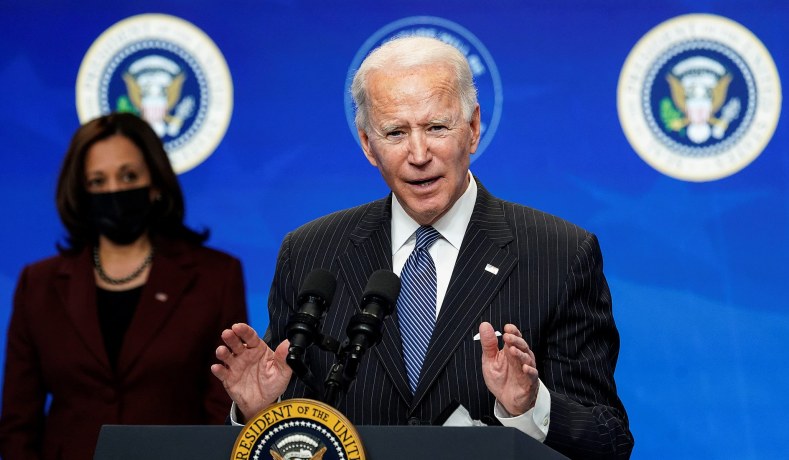 President Biden is trying to defend his $1.9 trillion stimulus proposal from the charge that it is too big. Last week, the president said: “The biggest risk is not going too big, it’s if we go too small.” Biden also said: “We can’t do too much here. We can do too little.”

But of course Congress could pass a stimulus that is too big. And while I agree with the president that the risks to the economy from the next round of stimulus being too small are greater than the risks from it being too large, that statement in and of itself doesn’t mean much. Sure, let’s err on the side of a larger package. But larger than what?

It is commonly argued that the risk from spending too little is larger than the risk from spending too much. I agree. But this is not the same as arguing that the size of an additional stimulus package should be untethered to estimates of the underlying economic need. Any assessment of the right size for another stimulus should start with a good estimate of the output gap — and given the uncertainty associated with calculating that gap and the balance of risks, it’s prudent to err on the side of a slightly larger package.

The future paths of gross domestic product (GDP), the output gap, and prices are very uncertain. Congress should recognize the many risks both from spending too much and from spending too little. From this macroeconomic perspective, the President’s $1.9 trillion proposal is clearly too large.

While the proposal contains several important components that Congress should enact, from a bottom-up, microeconomic perspective, many major components of the plan are either unnecessary or would hold the recovery back.

For example, direct checks to households earning six-figure incomes that have not experienced employment loss are an unnecessary and imprudent use of government spending. The proposed $400 federal supplement to standard, state-provided Unemployment Insurance benefits would [prolong] the period of labor market weakness by incentivizing unemployed workers to remain unemployed. Raising the federal minimum wage to $15 per hour would be devastating to low-wage workers in many states.

As a moral proposition, a bill that would destroy jobs for low-wage workers while handing out checks to employed, upper-middle-class households is problematic.

A bill that was more focused and that did not contain these harmful or unnecessary provisions would also be more aligned with the overall macroeconomic need and would better address our specific economic challenges. A bill that provided adequate funding for vaccine distribution, expanded testing capability, helped to reopen schools, strengthened the social safety net, and provided relief to state and local governments would be reasonable and advisable. It would cost under $750 billion, would be focused on current economic and social needs, and would be better scaled to the size of the output gap.

My testimony contains my full argument.