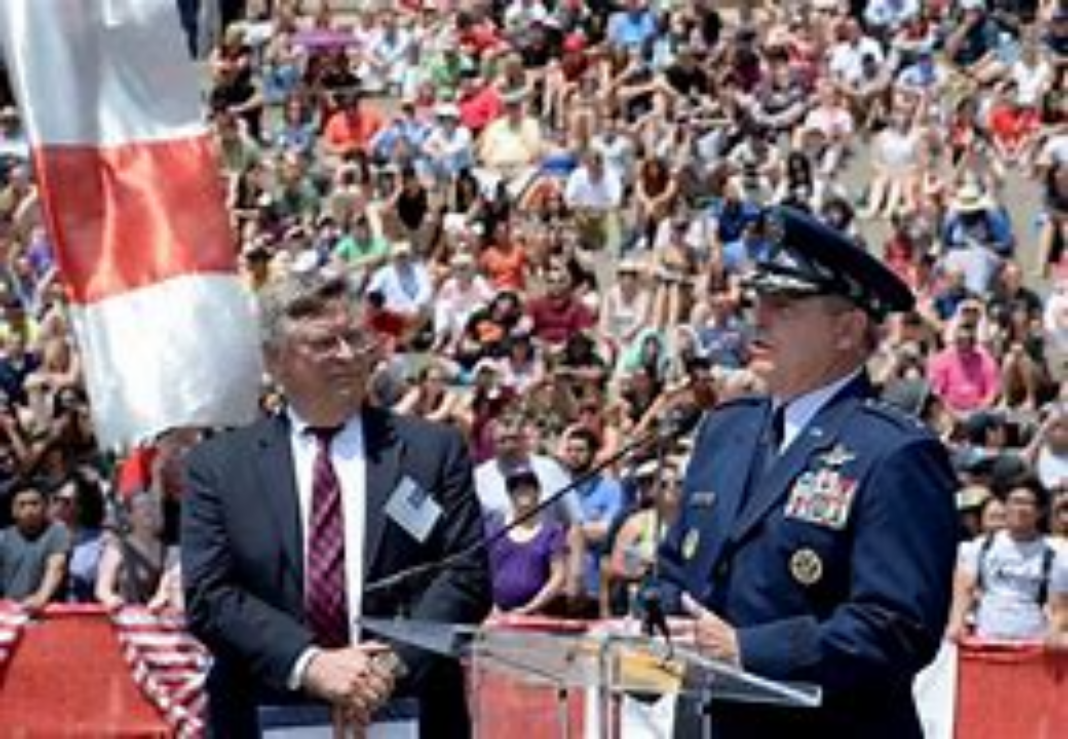 You may be used to seeing your calendar punctuated by the various holidays that occur throughout the year.

But on one New Jersey school district’s calendar, each one of these days will be listed, simply, as “day off.”

It all started when the school board in Randolph Township voted to change Columbus Day to Indigenous Peoples’ Day. Some residents were outraged, so the board said that instead it would wipe holiday names from the school calendar altogether while still observing the days off.

Institutions across the country are wrestling with the question of what to do with Columbus Day.

Critics have derided the idea of celebrating the Italian explorer, who perpetrated violence on Native Americans when he arrived in the Americas. Boosters say it is critical to recognize the contributions of Christopher Columbus, and that Italian-Americans have historically faced discrimination.

Some places have switched to marking Indigenous Peoples’ Day in recognition of the Native Americans who occupied the United States long before European explorers like Columbus arrived.

Randolph Township arrived at a novel solution to this problem: eliminate every holiday name to avoid taking a side.

The goal appears to have been to sidestep the debate over Columbus Day, but the Randolph Township school system instead found itself squarely in it, and opponents of the move have called on school officials to resign.

The Randolph Board of Education is now scheduled to convene Monday for a special meeting to reconsider its plan to remove holiday names from the school calendar.

In May, the Randolph school board voted unanimously to replace Christopher Columbus Day with Indigenous Peoples’ Day.

Some parents grew angry with the decision, but instead of reverting back to the old calendar, the board moved in early June to scrap all holiday names from the school calendar, not giving preference to either one of the October celebrations.

“If we don’t have anything on this calendar, then we don’t have to have anyone [with] hurt feelings,” Randolph school board member Dorene Roche said during a June 10 public meeting, according to NJ.com.

The backlash has only grown.

A petition calling on Randolph Township Schools superintendent Jennifer Fano and members of the board of education to resign has topped 4,000 signatures. “They represent everything that is wrong in education today and are completely incompetent in every aspect of their role,” the petition says.

For its part, the school board acknowledged the public outcry but said its decision was misconstrued by some people.

A press release issued by the Randolph board of education on Sunday clarified that the holidays will still be observed as days off and that their decision was not meant to dishonor “the great veterans and the heroes” after which several of those holidays are named.

“These State, Federal and other holidays have not been cancelled or taken away by this Board of Education as some are falsely claiming,” the board said. “Everyone is still encouraged to celebrate them in whatever way they deem appropriate.”

Matthew Pfouts, director of communications and digital media for the Randolph Township Schools, told NPR the board has no further comment.

On the national level, Columbus Day remains a federal holiday.

But a number of states, including Alaska and Virginia, as well as some cities either observe Indigenous Peoples’ Day as a holiday or celebrate it in some way.

The movement away from Columbus Day has not come without controversy.

The New York City Department of Education tried to rename Columbus Day over objections and eventually settled on marking a holiday called “Italian Heritage Day/Indigenous People’s Day,” which drew its own set of critiques. New York Gov. Andrew Cuomo said it was wrong to make the two groups share one holiday.

There are also other efforts to recognize the role people of color played in American history.

This week, the Senate unanimously passed a bill to make Juneteenth — the day marking the end of slavery in the U.S. — a public holiday.