Roce Today – Politics, Opinions, Gun Rights,Pro-Life and Border Wall
Home Politics OPEC Told Biden to Take a Hike After He Begged Them to... 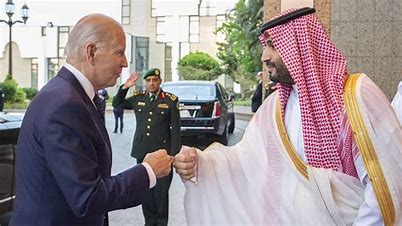 The Biden administration is a completely political animal. It doesn’t care about workers, families or much of anyone else. It kneels to OPEC, China, labor unions and teachers unions. That’s not to be confused with giving a crap about teachers or workers – no – he just cares about the union leadership.

Well, karma is a big B sometimes and the Biden admin is getting a whole shipload full of vitamin K.

Late Wednesday, the Saudi regime publicly outed the Biden administration by telling the world that the White House had begged them to delay oil cuts until after the election.

So, Biden doesn’t care if your utilities or gas costs rise this year, just as long as it doesn’t happen until after the midterm elections.

Tell me again how much he gives a crap about you?

In its press release, the Saudi foreign ministry said that while the Biden admin requested a delay in production cuts that match the November elections, they… just aren’t going to do that.

“The government of the Kingdom clarified through its continuous consultation with the US administration that all economic analyses indicate that postponing the OPEC+ decision for a month, according to what has been suggested, would have had negative economic consequences,” the Saudi ministry said in a statement.

Our president chose politics over economics, his own party over the people and it took Saudi Arabia telling him to take a long walk off a short pier to correct this crap?

Biden doesn’t care about you, your family, your struggles, or your budget. No, he just cares about Democrats and unions.

All of those need to be shown the door next month.