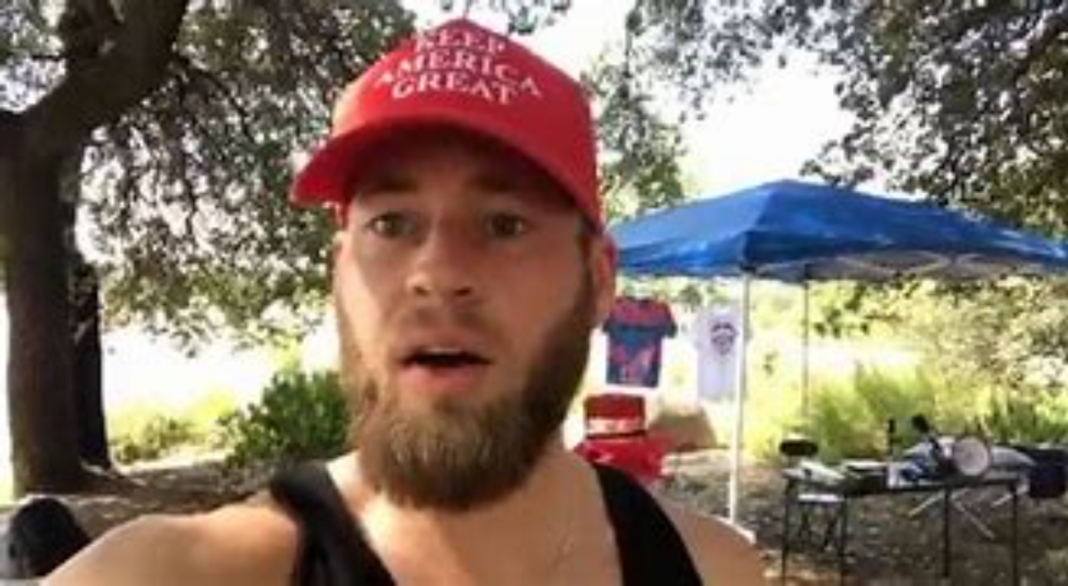 Banning InfoWars from every major platform wasn’t enough for gatekeepers of the internet.

In a coordinated effort to diminish the tip of the spear, big tech, the mainstream media and establishment politicians continue to relentlessly propagate a political agenda to censor free speech and there is no end in sight in their effort to enforce belief in an alternative reality.

If it were left up to the monopolistic entities hellbent on censoring the truth, those on the frontlines of the war against misinformation would go bankrupt or sit in jail without the support of millions of patriots nationwide.

As InfoWars host and intrepid reporter Owen Shroyer mounts a legal defense against the federal government after peacefully standing on the steps of the US Capitol, big tech is systematically thwarting his ability to raise donations for his legal fund.

Shroyer was inundated by messages from his supporters on Wednesday notifying him they were given a 30-day ban by Facebook for posting a link to DefendOwen.com, a website he created to raise money for his legal defense.

The social media giant is even retroactively banning users for sharing a link to DefendOwen.com, Shroyer told the Gateway Pundit in an exclusive interview.

InfoWars gained prominence as one of the leading alternative news sites in the world amid the left’s all-encompassing attempt to eliminate Donald Trump in  2016, prompting tech giants to rigorously attempt to shut down the operation under the guise of combating misinformation online and “hate speech.”

Top technology companies Apple, Google, Facebook and Spotify, severely restricted the reach of Alex Jones and Infowars in August 2019, erasing most of the posts and videos on their services from the Infowars website and employing algorithms to bury the site’s content from search engine results.

Facebook then doubled down on its intimidation campaign, deeming Jones and the Infowars team “dangerous individuals” while restricting users from posting any InfoWars content from the platform 70 percent of Americans use to get news.

On Aug. 20, Shroyer, who led a Stop the Steal caravan along the east coast following the stolen election, was issued an arrest warrant by the Federal Bureau of Investigations for standing on the steps of the US Capitol.

“I am in the eye of the storm right now. Obviously, the Biden administration has been a complete disaster. We don’t live in America anymore we’ve ventured somewhere else entirely,” Shroyer said. “After I turned myself in, they held me for about 4 hours and released me with strict conditions. I’ve had two court dates since then that have both been delayed.

“I have never harmed a person in my life. Never did anything violent in my life. I never went into the building; I am a journalist and they have nothing on me. The group I was with tried to work with Capitol Hill Police that day to stop people from going in and to stop any violence from happening, and it’s all on tape. I am innocent of the charges. So, we’ll see what happens.

“We are at a point now where the Republic has fallen. That doesn’t mean it can’t get back up, but, we need some sort of change. There has to be some sort of change of the status quo or leadership. It’s a catch 22 because realistically our best hope is the midterm elections which are still over a year away. But then it’s like, do we even have real elections?”

As the Biden administration disregards the First Amendment, due process and equal protection of the laws to incarcerate patriots, Antifa and Black Lives Matter terrorists – who we’ve watched block traffic, loot businesses, drag old people out of their cars for beatings and throw Molotov cocktails, bottles of frozen urine and concrete blocks at law enforcement –  face no penalty.

“Billions of dollars in property damage in the summer of 2020 riots, more than 2,000 police officers hospitalized, dozens of people dead, dozens of police officers dead and not a single lawsuit, not a single big mainstream story or narrative about the arrests of Black Lives Matter and Antifa or attempt to stop quell the crime. Nothing,” Shroyer continued. “And now, they are going after Roger Stone, again. Capitol Police are suing Roger Stone, Donald Trump and others. But, nothing over the riots in 2020.  Roger wasn’t even involved at all and they are suing him.”

Americans are suffering life-altering side effects after being coerced by the government to inject themselves with experimental Covid injections. Trump supporters are languishing in jail for protesting the stolen election while. The Department of Homeland Security brands those who dissent “domestic violent extremists” ahead of  September 11, as Biden turns control of Afghanistan over to the jihadist Taliban.

Restoring the republic relies on winning over the hearts and minds of those who remain asleep, more now than ever, Shroyer contends.

“We are still in the fight to win hearts and minds. That has to be the mission right now and people are starting to open their eyes. People are starting to look around and ask questions. It’s a slow process and we just hope that people can wake up and start to smell the coffee before total tyranny is here and there is no getting out of it,” he said. “The republican has fallen, but it can get back up. It can rise again. America will be free again.”