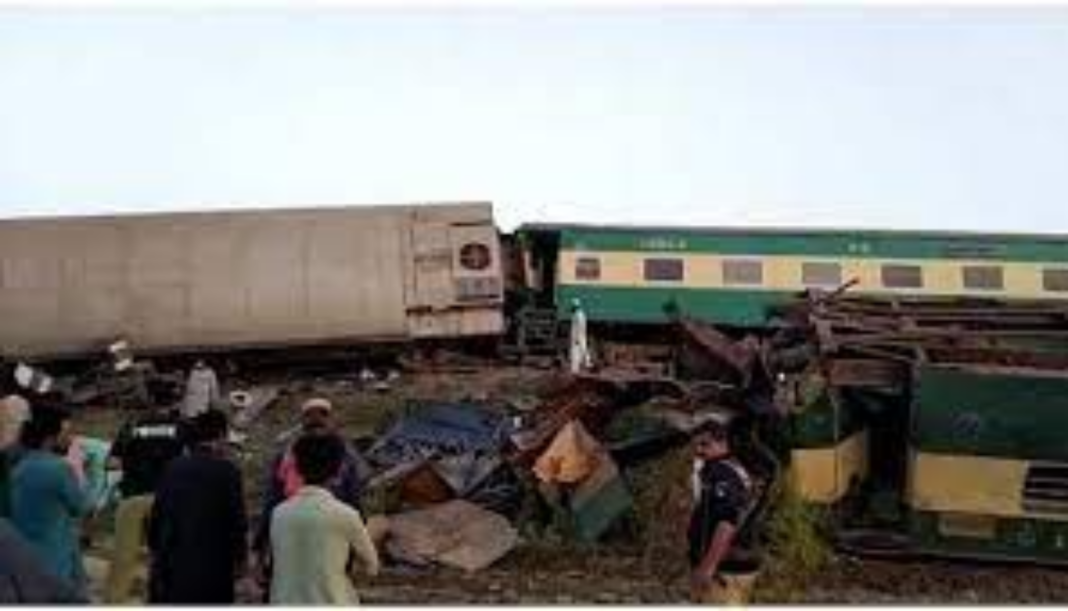 At least 32 people were killed and dozens more injured in Pakistan’s Sindh province after an express train derailed and collided with another passenger train coming from the opposite direction.

The incident occurred early on Monday near the city of Daharki, in Ghotki District of Pakistan’s southeast Sindh province.

According to a spokesperson for Pakistan Railways, as cited by local media, an express train heading from Karachi to Sargodha went off the tracks and collided with another train. Local media cited officials, saying that 13 to 14 train cars were derailed, and eight of them were severely damaged.

Geo News cited the Ghotki police chief, confirming that at least 32 people were killed and 64 were injured, while the death toll is likely to grow because rescuers are having trouble accessing all of the wrecked cars.

Footage of the incident shared on social media shows crumpled carriages overturned and lying on their sides as people surround them, apparently searching for survivors.

Pakistani Prime Minister Imran Khan said he has instructed the railways minister to go to the crash site to oversee the rescue operation. The prime minister ordered an investigation into the incident.