Home Politics Parents Are Not ‘Domestic Terrorists’ Rally outside DOJ 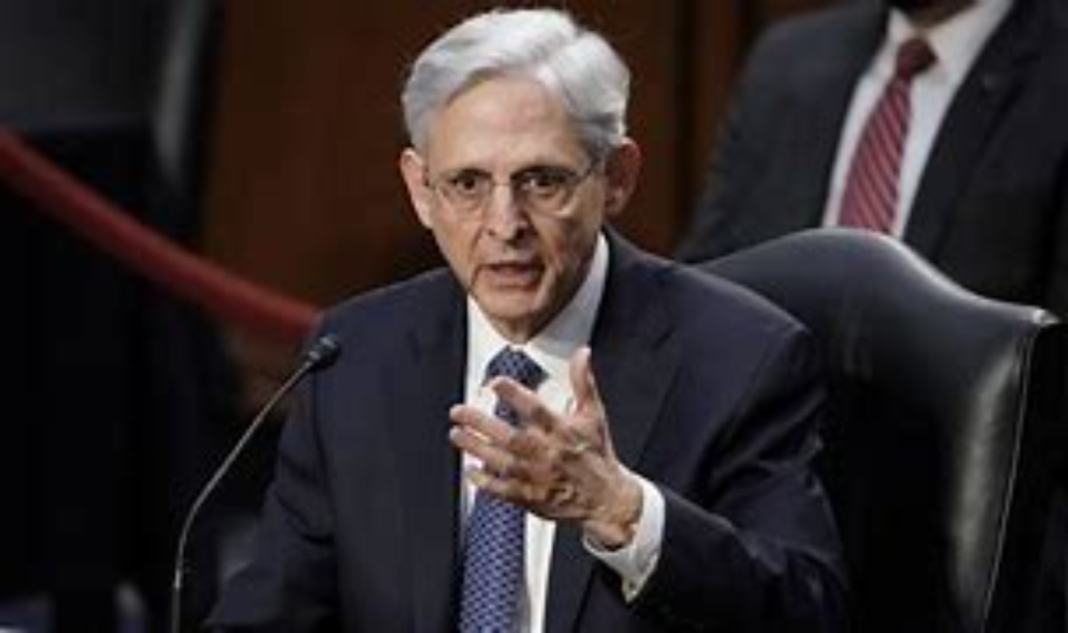 Frustration at school boards boiled over for some parents and activists who protested outside of the Department of Justice building in Washington, D.C., Sunday.

A small crowd gathered for the “Parents Are Not ‘Domestic Terrorists’ Rally,” a reference to Attorney General Merrick Garland’s Oct. 4 memorandum that called on the FBI to “use its authority” in response to the “disturbing spike in harassment, intimidation, and threats of violence against school administrators, board members, teachers, and staff.”

Garland’s statement followed a letter from the National School Boards Association that asked the federal government to get involved in the alleged “immediate threat” of violence from parents against American public schools and education officials.

The letter encouraged President Joe Biden’s administration to use statutes such as the USA Patriot Act to address actions that could be “equivalent to a form of domestic terrorism and hate crimes.”

Parents are expressing their concerns with how children are being educated, said Brian Schultz, a Fairfax County, Virginia, taxpayer and parent of a former Fairfax County Public Schools student, who he and his wife now homeschool. He believes children are learning things that are inconsistent with American values.

One mother, Stacy Langton, went viral for her comments at a Fairfax County Public Schools school board meeting where she lamented about two books featuring child pornography and pedophilia available to students as young as 12 in the district’s libraries.

“I had 30 seconds left on my two minutes to speak, and they cut the feed and cut my mic and wouldn’t let me finish,” Langton told The Daily Caller News Foundation. “Just a few days after that was when Merrick Garland issued the statement from the DOJ coming out against parents who speak at school board meetings like me.”

“I’m offended by it, every American ought to be very, very angry about that because I did nothing wrong,” Langton said. “Nobody is advocating violence if they’re going and standing at a podium trying to get a problem addressed at their school board meeting, because there is no other mechanism for me to do that.”

Garland is attempting to spy on parents by threatening FBI action against them in an effort to shut them down, which he said is a violation of parents’ First Amendment rights, Schultz said

“To date, there really hasn’t been any violence at school board meetings,” Schultz said. “Yes, loud voices, but loud voices are not considered violence and it’s OK for parents to express their concerns with loud voices.”

Schultz attended the rally with his wife, Elizabeth Schultz, who served on the Fairfax County School Board for eight years before she was appointed to a position within the U.S. Department of Education. Now she is a mom fighting for other parents and stakeholders who wanted to be at the rally, but who she says are “afraid to show their face” for fear of being targeted or putting their jobs at risk.

“We’re at a turning point where the federal government can weaponize its investigatory intervention powers … not on actual terrorists, not on the border, not on protecting communities, but on school board meetings where parents come to speak passionately, fervently in support of a fulsome education for their children that focuses on math and science, that focuses on getting everybody reading at grade level,” Elizabeth Schultz said.

She said it is not the role of the federal government to get involved in local school issues as the Justice Department did in response to the National School Boards Association’s letter.

“I would never have imagined that you would have an organization that is supposed to ostensibly be for supporting children’s education, [the National School Boards Association], becoming an activist group of far-left ideology.”

“The notion of what it means to be an American is being deconstructed through the rewriting of curriculum,” Elizabeth Schultz said. She said these ideas are being impressed “on young minds to look at their peers through the color of race, and not on the content of character.”

Asra Nomani began her education fight when leadership at her son’s school, Thomas Jefferson High School for Science and Technology, decided to get rid of its merit-based admissions test in order to encourage more “racial diversity,” despite the fact that the school was 70% Asian. She said students were “just ‘the wrong kind of brown.’”

“What we have right now in America is an entire industry of ‘equity warriors’ who are unleashing their new products on American schoolchildren,” Nomani told The Daily Caller News Foundation. “This includes surveys and screeners in which they are literally asking our children their most intimate questions about gender, sexuality, their own brain health” to create algorithms and store data.

Fairfax County Public Schools, where Nomani’s son attended school, allocated $78.8 million in COVID-19 relief funds to support efforts such as “equity professional development,” including $1,845,660 for Panorama Education, which was co-founded by Garland’s son-in-law.

Panorama Education distributes screening surveys and stores students’ responses to questions such as “How confident are you that students at your school can have honest conversations with each other about race?” and “How often do you think about what someone of a different race, ethnicity, or culture experiences?”

“They are now basically using our children as data points in their big machine,” Nomani said. “What they’re doing is using taxpayer money to bring their very bad ideas to the school systems, including Black Lives Matter at schools, ideas of affinity groups that separate kids based on their race and their skin color … it’s just the opposite idea of humanity and civil rights.”

“I, as a person of color, say to white America, and all Americans, be unapologetic in your values,” Nomani added. “I am actually a liberal progressive and I am standing up against these ideas, because I believe they are very illiberal.”

She said she was shocked that the National School Boards Association would “dare to wage a war on parents” and said “their call to the federal government for intervention … was something beyond the pale.”

“It was orchestrated … because within two business days, Attorney General Merrick Garland issued a memo to the FBI director telling him to use the Patriot Act on parents,” Nomani said. “I mean, this is just unconscionable, and they are on the incorrect side of history.”