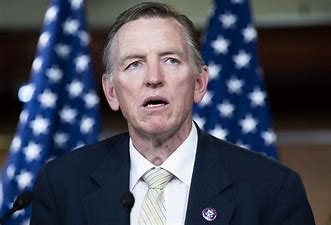 House member Paul Gosar (R., Ariz.) is right about Nick Fuentes. According to Politico, Gosar says it was a mistake for a video message featuring him to have been sent to a conference put on by the marginal, attention-trolling idiot who has thrown about “race traitor” as a designation for Jews, has denied the Holocaust, and argued that segregation benefited black Americans. A two-fold mistake, at that. First, it was a practical error. Per Politico, Gosar is blaming it on a “staff mix-up”:

[The video] wasn’t supposed to go to Nick’s group,” Gosar told POLITICO, noting that a staffer “misconstrued” directions from his chief of staff. The tape was intended to go to other groups as a general “welcome video,” he added.

“We’re kind of short-handed,” he said. “And there was miscommunication.”

Second, it was a political error, one to which Gosar is now owning up. Claiming not to have known anything about the group before speaking to it last year, he faults Fuentes for having “misled” his fans and says he has “given up . . . on dealing with Nick.” Gosar added that “Nick’s got a problem with his mouth.” Indeed, as Nate Hochman has argued for National Review, Fuentes leads a “very small and insignificant” movement with “noxious” views, one that does not represent a real constituency.

Gosar is right to give up on such a figure and such a movement. And it is heartening to see him embody the same principle that Marjorie Taylor Greene (R., Ga.) did last year when she condemned Lin Wood’s demagoguery leading up to the 2021 Georgia Senate runoff, encouraging people not to vote because their votes would be stolen, as well as his mistreatment of Kyle Rittenhouse during the period he served as Rittenhouse’s lawyer. (Rittenhouse himself called Wood “insane.”) In politics, it is important to draw lines, and thereafter to refute or marginalize those who fall on the wrong side of them.