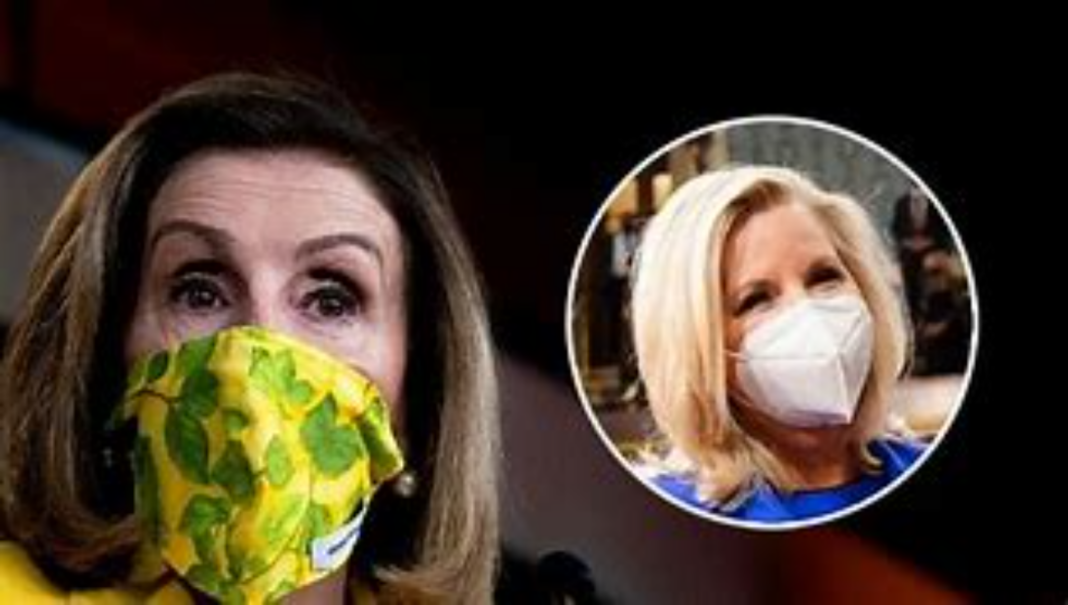 Washington D.C – When Nancy Pelosi raised a glass to Liz Cheney, it was the most unlikely of toasts.

Democratic lawmakers and the Republican congresswoman were gathered in the House speaker’s office as the group prepared for the first session of the committee investigating the Jan. 6 insurrection at the Capitol.

Pelosi spoke of the “solemn responsibility” before them and raised her water glass to Cheney, a daughter of the former vice president and the sole Republican in the room.

“Let us salute Liz for her courage,” she said, according to a person familiar with the gathering who spoke on condition of anonymity to discuss the private meeting.

Politics often creates unlikely alliances, the odd-couple arrangements between would-be foes who drop their differences to engage on a common cause.

But the emerging partnership between Pelosi and Cheney is remarkable, if not astonishing, as the longtime political adversaries join forces to investigate what happened the day former President Donald Trump’s supporters stormed the Capitol.

Rarely has there been a meeting of the minds like this — two of the strongest women on Capitol Hill, partisans at opposite ends of the political divide — bonding over a shared belief that the truth about the insurrection should come out and those responsible held accountable. They believe no less than the functioning of America’s democracy is on the line.

“Nothing draws politicians together like a shared enemy,” said John Pitney, a former Republican staffer and professor of politics at Claremont McKenna College.

The committee will hold its first hearing next week, and the stakes of the Pelosi-Cheney alliance have never been higher. The panel will hear testimony from police officers who battled the Trump supporters that day at the Capitol. The officers have portrayed the hours-long siege as hardly a gathering of peaceful demonstrators, as some Republicans claim, but rather a violent mob trying to stop Congress from certifying Joe Biden’s election.

As their new partnership unfolds, the risks and rewards have an uneven flow. Pelosi benefits more politically from drawing Cheney to her side, giving the committee’s investigation the big-name bipartisan stamp it needs to avoid being viewed as a strictly political exercise.

For Cheney, who has already been booted from GOP leadership over her criticism of Trump, the political dangers are far greater. She was one of 10 House Republicans who voted to impeach Trump over the insurrection, and her willingness to speak out against his top ally, House Minority Leader Kevin McCarthy, now leaves her isolated on Capitol Hill. She is facing blowback from the ranks and serious primary challenges for her reelection back home.

Cheney, though, shows no signs of backing down on what she views as an existential fight not only for the party she and her family helped build, but also for the soul of the nation itself.

“The American people deserve to know what happened,” she said this week.

Standing on the steps of the Capitol, Cheney lambasted the rhetoric coming from McCarthy as “disgraceful” and supported Pelosi’s decision to block two of his appointees to the panel because of their alliance with Trump.

McCarthy has suggested Cheney might be closer now to Pelosi than her own party, and he withdrew all Republican participation in the committee.

Despite their long resumes in American politics, they never really talked to each other before this moment.

Pelosi won her first term as speaker during the George W. Bush administration, largely attacking the White House over the wars in Iraq and Afghanistan and the hawkish defense posture of then-Vice President Dick Cheney.

Liz Cheney took office in 2017 defending her father’s legacy, speaking boldly at one of her first news conferences in support of the enhanced interrogation technique of waterboarding that was decried as torture under his watch. During Trump’s first impeachment, she lacerated Pelosi’s intentions in speeches.

While both are political royalty, Pelosi and Cheney have operated in parallel political universes for much of their careers. A generation apart, they bring different styles to the job — Pelosi, the San Francisco liberal, Cheney, the Wyoming conservative. About the only thing they have in common is that both are mothers of five.

Yet when Pelosi called Cheney the morning after the vote to establish the Select Committee to Investigate the January 6th Attack on the Capitol, both seemed to instantly grasp the historical gravity of the moment.

Pelosi thanked Cheney for her patriotism and invited her to join the panel — a stunning moment, the Democratic speaker appointing a Republican to a spot.

Cheney quickly accepted, responding that she was honored to serve, according to another person familiar with the conversation who spoke on condition of anonymity to discuss the private talks.

Behind closed doors, those involved in the committee’s work see in Cheney a serious and constructive member, hardly a Republican figurehead but a determined partner to what she has said must be a “sober” investigation. It was Cheney who elevated the idea of having former Republican Rep. Denver Riggleman of Virginia serve as an adviser to the committee, which is under consideration, one of the people said.

Rep. Bennie Thompson, D-Miss., the chair of the Jan. 6 panel, said while he and others didn’t know Cheney well, he found her to be “just like every other member that I have a relationship with. And I think that’s good. I just wish we had more of that kind of relationship in this institution. We’d be better off.”

For Cheney and Pelosi, the commission and its findings are likely to be defining aspects of their careers.

Pelosi led the House to twice impeach Trump and is determined to hold him accountable for his actions on Jan. 6 as she wraps what could be her final years as speaker.

Seven people died in the siege and its aftermath, including Trump supporter Ashli Babbitt, who was shot by police as she climbed through a broken window trying to access the House chamber. Three other Trump supporters in the mob died of natural causes. Police officer Brian Sicknick, who had battled the rioters, died the next day. Two other officers took their own lives.

Cheney, who warned her party in an op-ed that “history is watching” in this moment, vows to seek a fourth term but has an uncertain political future.

According to a new poll from The Associated Press-NORC Center for Public Affairs Research, 60% of Americans say it’s very or extremely important that investigations continue to examine what happened during the Jan. 6 breach of the U.S. Capitol.

Pitney, the professor who worked for the elder Cheney decades ago in House leadership but left the Republican Party during the Trump era, said the Pelosi and Cheney bond will be one for history.

“It’s like one of those 1950s science-fiction movies where everyone unites over the alien invader,” he said. Pelosi and Cheney have “a legitimate shared interest in getting to the bottom of the insurrection.”