Roce Today – Politics, Opinions, Gun Rights,Pro-Life and Border Wall
Home Politics People mistake isolationism for independence, which is a zero-sum response instead of... 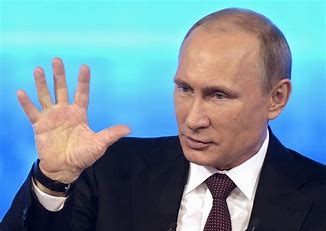 A growing rumble is what I’m hearing. The chant is the same, but in different tones… which have no effect on the final result.

Many people are screaming, angrily, that sanctions should be imposed on Russia so that they are cut off from global suppliers and forced to buy those resources themselves!

According to the hypothesis, this move would be punitive by denying Russia access to commodities it normally imports, forcing them to either go without or find another source, whether in another nation or within Russia.

Many of the same people declare, excitedly, “We need to become self-sufficient and procure all of our resources at home!”

Theoretically, this metric would be beneficial.

If I were to apply that theory to myself, I’d end up looking like a character from the movie Cast Away! We live in a capitalist society. Government and political boundaries are irrelevant to free markets. We are interconnected and, as a result, rely on one another to some extent.

The assembly line and the division of labor are two of the most important notions in human history. The idea that each family didn’t have to do everything for themselves, but instead might specialize in something and trade that good or service for what others needed sparked a revolution in productivity and quality of life.

And as a result, we are all better today. Because our freedom is evaluated by how many options we have, certain parts of the world have more freedom than others.

Consider a bakery. They don’t grow their own sugar, mill their own flour, or milk their own cows to make butter. They also don’t make the pastry cases or the boxes and bags in which their products are packaged. They do, in fact, rely on other companies that specialize in those areas.

They also provide a diverse selection of businesses to choose from.

They are a self-contained bakery and business with a reliance on other enterprises. And those other businesses, like the bakery, rely on the bakery and others to stay afloat.

Although a market is interdependent, resource decentralization determines their independence.
Consider scenarios where you don’t have a choice, as well as the quality of the goods and services available.

Consider how much money the government spends on education, healthcare, roads, and even currency. In more economically shaky countries, Bitcoin and other cryptocurrencies are proving to be far more feasible possibilities. Why? Its fate is not determined by political whims because it is decentralized.

On an individual level, it’s easy to understand how decentralization, diversification, and choice can be beneficial. The elimination of any of those traits can have a negative impact as well.

There is no reason to expect that institutions and governments will be any different.

It was recently possible to shop in 2020, when the shelves were virtually empty. The flour had all been used up, but the pancake mixes were still available. The bleach bottles were all gone, but the bleach-based toilet bowl cleaners were plenty. Although paper towels were no longer accessible, shop rags were still available.

People didn’t realize that if they just learned how to use them, they could still get versions of what they wanted. Pancake mix differs from flour simply in that it already contains baking soda and salt.

The bleach used in toilet bowl cleanser is the same as bleach available in a container labeled “bleach,” but it has a thicker consistency. Shop rags can be used in the same way.

It’s fine to collaborate with other countries. It’s fine to trade with them. But it’s also fine to look around your own environment to see what you can do to offset the expenditures with additional supplies. You still have other countries to deal with, as well as your own stores, if one goes through.

The rhetoric of “Net Zero” and “only buy from your own nation” is not a path to economic liberty or prosperity. It’s imposing sanctions on your own country by restricting your resource flows.

Many countries’ current environmental goal is to phase out the usage of fossil fuels. Why? It’s inexpensive and widely available almost everywhere on the earth. Being a proponent of fossil fuels does not preclude me from supporting any other form of energy that makes sense.

When someone wrongs you, I understand the want to withdraw. While I understand that every country has its problems, China and Russia are not among them. However, this does not mean that Western countries should withdraw into their corners and stop engaging in international trade or energy collaboration. People do not abandon their relationships because they have been betrayed.

Why should countries act in this manner?

To see what can be done, open up marketplaces in every country and in every industry. Imports and exports should be varied. Have everything you’ll need to get through a storm or a political squabble. Isolationism, on the other hand, is not a free market principle. It’s retaliatory and artificial.

Decentralization is a free market activity. And locating new approaches to suit your requirements, leaving no stone unturned.