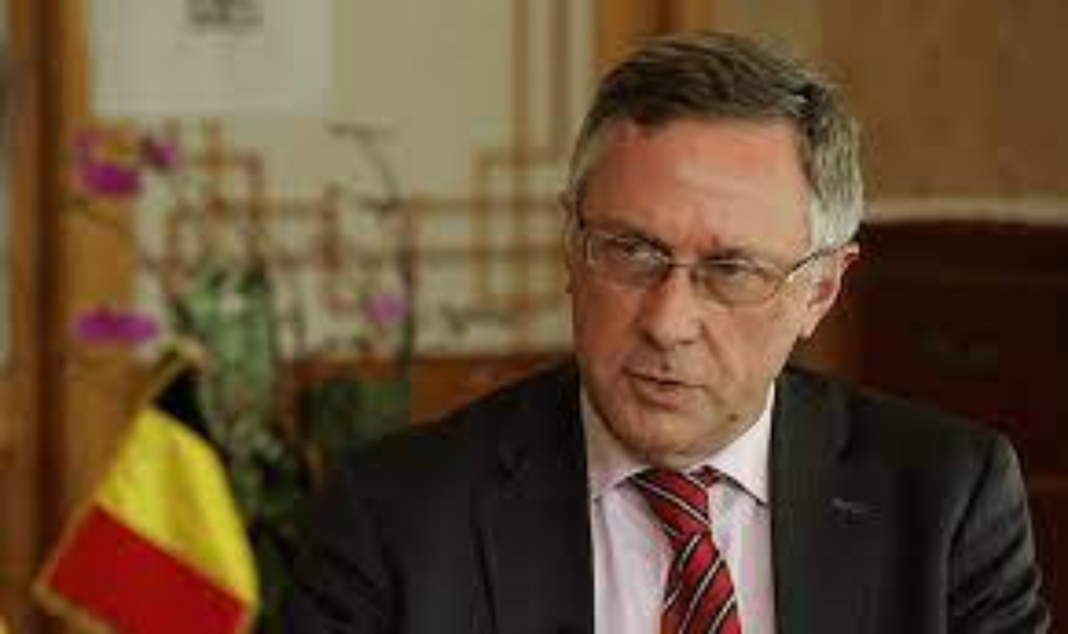 Belgium is recalling Ambassador Peter Lescouhier from his post in South Korea, saying the diplomat can’t perform his duties in a “serene” manner after his wife was accused of assaulting two clothing store workers. Surveillance video of the incident sparked public outrage after it was broadcast on national television in Korea.

The Belgian embassy says it’s waiving Xiang’s immunity “based on the request of the police.” But citing South Korea’s foreign ministry, the Yonhap news agency says the waiver is only partial — a move that allows Xiang’s cooperation, rather than exposing her to potential charges and prosecution.

The controversy erupted in early April, when Xiang left a store in Seoul after trying on some items. A staff member followed her out, suspecting her of shoplifting by wearing some of the store’s clothes. As they spoke, Xiang followed the woman back inside the store, demanding to speak to a manager, according to accounts in local media.

Store cameras recorded a heated discussion in the shop’s office, in which a woman — apparently Xiang — is seen pushing two employees and slapping one of the women in the face as the woman tried to stand between the other two. Photos of that employee showed her displaying a red, swollen cheek.

Weeks after the encounter, Lescouhier issued a public apology on his wife’s behalf.

“No matter the circumstances, the way she reacted is unacceptable,” the diplomat said of his wife’s behavior.

In that message, Lescouhier also said that on the same day he learned of a police investigation into the incident, his wife was hospitalized — reportedly after suffering a stroke.

Belgium is ending its ambassador’s posting to South Korea, after his wife was seen on video allegedly slapping a clothing store employee. Here, a man walks past the Belgium Embassy in Seoul on Monday.

Xiang has cooperated with police and has met privately with the two employees to apologize, the Belgian embassy in Seoul says, adding that her health concerns had delayed those steps.

Lescouhier has been Belgium’s ambassador to South Korea for the past three years. But the country’s foreign ministry says, “It has however become clear that the current situation doesn’t allow him to further carry out his role in a serene way.”

The diplomat’s recall from South Korea will take place this summer, after Belgian Minister of Foreign Affairs Sophie Wilmès decided it’s in the best interests of both countries to end his tenure, the ministry says.

Diplomatic immunity for spouses has also made headlines in the U.S. in recent years, after the wife of a U.S. diplomat fled the U.K. after a fatal car crash in 2019.

The U.S. refused to hand over Anne Sacoolas, despite requests from Britain. Last summer, the two countries reworked their diplomatic immunity agreement to make it more difficult for diplomats’ relatives to claim immunity from prosecution.

Germany: Pandemic to be blame for the rise of extremism on...