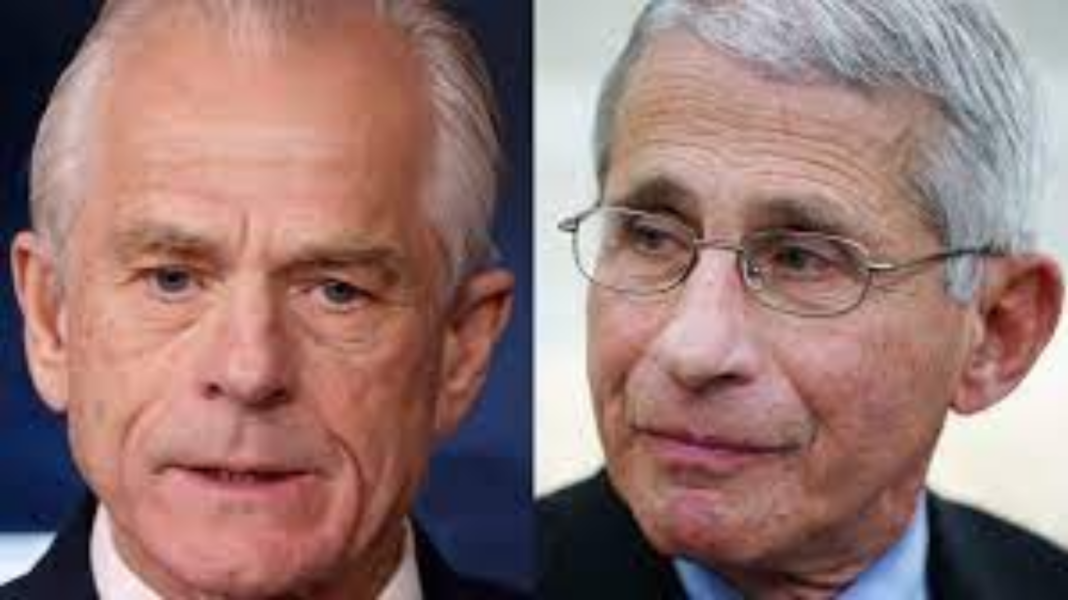 Navarro was locked and loaded and ready to unleash on Dr. Tony Fauci.

According to Navarro, Dr. Fauci was wrong about most everything from the get-go. But what Navarro said tonight would be making headlines across the country if we had a real mainstream media and not the horrible Marxist hacks in charge today.

Fauci is the “mastermind of a coverup.”

Peter Navarro:  The first time I met Dr. Fauci was on January 28th in the Situation Room.  I immediately got into a strong argument with him.  I was for the travel ban.  The president sent me there to argue it.   He was dead set against it.  I won that particular argument.  The travel ban saved hundreds of thousands of lives.  If we would have listened to Fauci a lot of people would be dead right now.  But the next thing was in February there were two people who were sure that the virus came from a lab.  It was Tom Cotton and myself.  Maria Bartiromo in the media facilitated that.  And all we got was a raft of criticism.  Here’s the breaking news.  Fauci was part of the coverup to try to shut me and Cotton up.  And what he did was two things, and he did it right at the White House.  At the press briefings, he basically denied that this thing came from the lab, lied to the American people when he knew it probably did.  And then he actually orchestrated a – scientists who said that thing was genetically engineered and from a lab.  He actually recruited them to say just the opposite.  So, breaking news, Fauci he was mastermind of a coverup. The coverup is always worse than the crime!

Honda: Building its own electric vehicles

America: Do not let the People of the Lie win