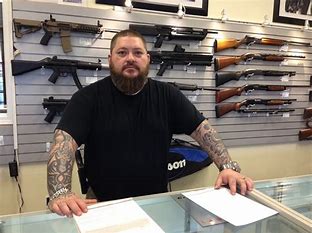 Around 4 a.m. on Tuesday, June 2, 2020, four men arrived at the Firing Line gun shop in Philadelphia, Pa., and used tools to break into the building. Once in, they headed up a staircase to the second floor.

On the second floor, the owner of the shop was waiting for them. The owner had been alerted by the recent spate of looting in the city and was inside the building, safeguarding his firearm inventory.

The suspects were met by the armed shop owner, who fired three shots. One of the suspected robbers was shot fatally and another was wounded. The four men fled the building and sought treatment at a local hospital, where they issued a false report regarding their gunshot wounds. Police were quickly able to link the men to the failed robbery at the Firing Line.

“The facts we know and the law are clear that the business owner’s use of force while inside his own property against a burglar accompanied by others who was entering with a gun in his hand was justified,” the Philadelphia district attorney stated in a news release. “It is fortunate for the City of Philadelphia that this large cache of guns and ammunition were not taken and sold on the street.”

At the time of reporting, a 17-year-old suspect had been charged with robbery, burglary, conspiracy and related charges stemming from his alleged involvement with the armed robbery attempt.

The Exodus From US Cities Is Gaining Speed, New Census Data...