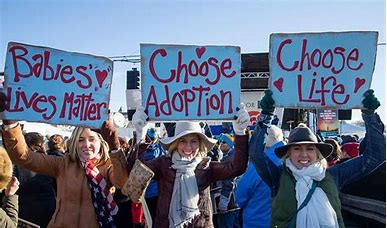 Planned Parenthood, the ACLU and other pro-abortion groups have sued to block an extensive abortion ban in Indiana this week.

The lawsuit argues the ban infringes on the rights to privacy and equal protection under the Indiana Constitution. Indiana’s law is set to take effect in mid-September and would ban all abortions with few exceptions, such as to save the life of the mother. Abortions would also be permitted in cases of rape or incest up to 10 weeks of pregnancy.

“Unless this ban is blocked, patients seeking abortion will be unable to access timely and potentially life-saving care in their own communities,” Planned Parenthood CEO and President Alexis McGill Johnson told Fox 59. “The abortion ban that the legislature rushed through during a special session — nearly immediately after the U.S. Supreme Court overturned Roe v. Wade — is both dangerous and incredibly cruel.”

“We demand more for patients and providers, and we will continue fighting for everyone’s right to make their own decisions about their bodies, lives, and futures,” she added.

The pro-abortion groups filed their lawsuit in the Monroe County Circuit Court.

Indiana is one of numerous states that have moved to restrict abortion access after the U.S. Supreme Court overturned Roe v. Wade in its Dobbs v. Jackson decision in late June.

More than a dozen states had “trigger laws” on the books that almost immediately took effect once Roe was overturned. The Indiana legislature passed its ban soon after the Supreme Court decision, however.

“The Left is notorious for fighting to erase all of the progress and protections secured by the pro-life movement,” Rokita said. “Hoosiers respect and value all lives, including the lives of the unborn. This is why our legislators voted to stop these inhumane practices, and it’s why my office is dedicated to defending this life-saving law. We don’t need the warped opinions of organizations like the ACLU and Planned Parenthood dictating how we do things in Indiana.”

Christine Blasey Ford: The Woman who claimed to be Sexual Abused...