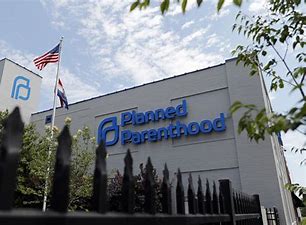 Planned Parenthood is the nation’s largest abortion provider, With states setting their own policies on abortion access, a dozen red states across the country have already banned most abortions. It is prepared to spend over $50 million in the run-up to this year’s midterm elections. In 2020 the abortion provider spent $45M on elections. This year’s spending breaks that previous record.

The reason for all the spending is due to the Supreme Court’s ruling on Dobbs v Jackson Women’s Health. The overturning of Roe v Wade severely limits Planned Parenthood’s ability to provide abortion services to women in pro-life states. Abortion policy-making has been sent back to the states and that is a good thing unless you are Planned Parenthood, a company that depends on abortion for much of its bottom line.

“Who wins in these midterm elections will determine whether a state has access to abortion and potentially determine whether we will face a national abortion ban,” Jenny Lawson, executive director of Planned Parenthood Votes, told the Associated Press. “We will be clear about who is on which side.”

Abortion advocates are hoping the midterm will act as a referendum on pro-life politicians who have passed strict anti-abortion laws in their states.

“When people go to vote this November, nearly half of the folks voting could be living in a state that either has already banned abortion or is quickly moving to ban abortion. These are entirely new circumstances,” Lawson said.

The $50M will be spent in nine states where abortion rights could be restricted or expanded, depending on the outcomes in gubernatorial races, U.S. Senate seats, and legislative races. The nine states are Arizona, Georgia, Michigan, Minnesota, Nevada, New Hampshire, North Carolina, Pennsylvania and Wisconsin. Polls show that the majority of Americans think that abortion should be legal up to a certain point and then it should not be legal. The majority of Americans also think there should be exceptions for rape, incest, and the life of the mother.

A recent poll by The Associated Press-NORC Center for Public Affairs Research found a majority of Americans think Congress should pass a law guaranteeing access to legal abortion nationwide. More than half of the respondents said they feel at least somewhat “sad” or “angry” about the Supreme Court’s decision.

Earlier this month in red-state Kansas, voters rejected by nearly 20 percentage points a constitutional amendment that would have allowed the legislature to advance a ban on abortion.

Whether it truly is a galvanizing issue will become clear after Election Day, Nov. 8.

It is unclear how the Supreme Court’s ruling on abortion will play out in the November elections. Will it scare off Independent voters, especially women, from voting for Republicans in pro-life states? Will the red wave be weakened by voters looking to punish Republican lawmakers who put total bans on abortion in place? We just don’t know yet.

Planned Parenthood says it will contact 6 million voters. They will do that through door knocking, phone banks, digital advertising, mailers, and radio ads. All of that is standard for political campaigns. Television ads are already up in Wisconsin. Republicans control the statehouse and Democrat Tony Evers is up for reelection as governor. Republican Senator Ron Johnson is also up for reelection. Planned Parenthood Votes is also launching a website. They are concentrating on the U.S. Senate races because some Republicans have expressed an interest in looking into a national abortion ban. That certainly won’t happen while Joe Biden is in office, if ever.