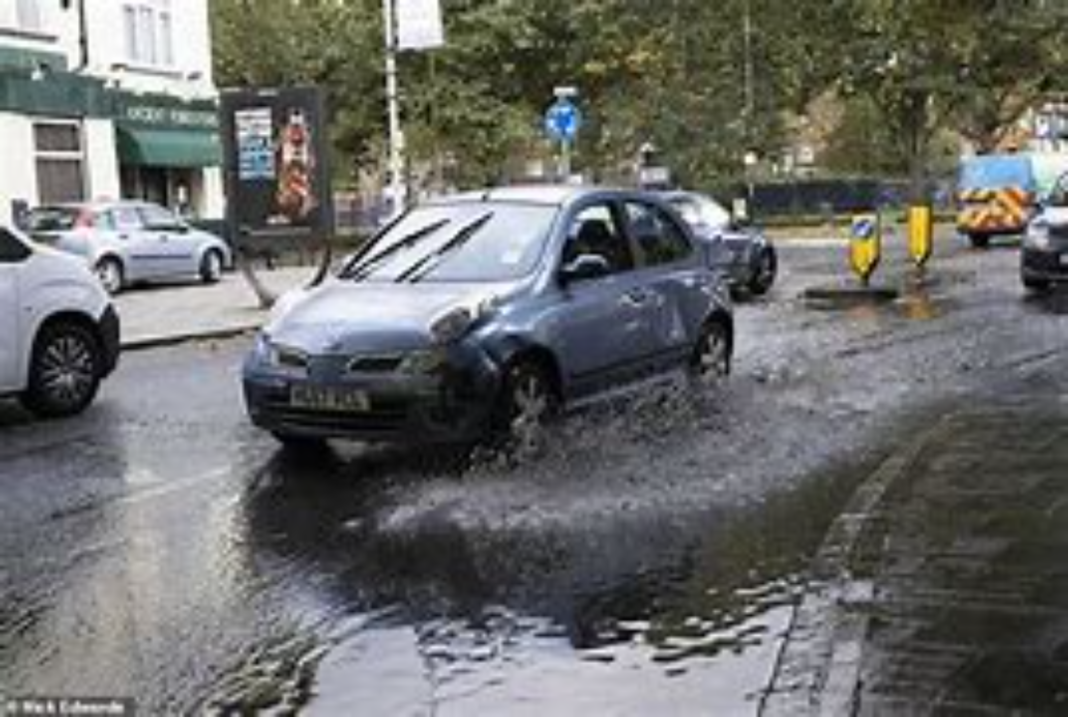 All four fatalities in Poland occurred in the Lower Silesia region.

One person was killed when a van was blown off the road while a builder died after a wall collapsed.

In the western Polish city of Wroclaw, two died when a tree fell, crashing down onto a car.

Hundreds of thousands without electricity

Some 250,000 French homes have been left without electricity after powerful overnight winds barreled across France, Germany, Belgium and the Netherlands.

In the Netherlands, gusts ripped tiles off roofs and uprooted trees in a residential neighborhood in the southwestern town of Barendrecht, injuring at least four people, according to local media.

Firefighters in Westerhoek, a Belgian town close to the Dutch border, said they had been called out dozens of times overnight to deal with storm damage.

What happened in Germany?

The German Weather Service (DWD) warned of wind gusts of up to 105 kph (65 mph) in the north and northeast of Germany throughout the day. Heavy showers and thunderstorms could also be expected according to DWD.

Rail traffic was also halted in the states of Thuringia, Saxony and Saxony-Anhalt in central and eastern Germany.

“Hundreds of our staff are at work removing trees and other obstacles from the tracks, repairing overhead lines and recording the damage,” said DB, but warned service in Saarland, Hesse, Rheinland-Palatinate, Baden-Württemberg and Bavaria could be subject to delays and cancellations.

Shipping authorities, too, issued surge warnings for the North Sea and the Weser and Elbe rivers in the afternoon and evening, adding that similar conditions may be seen Friday. Outside the northern port city of Kiel, in Schleswig-Holstein, a tornado tore a “path of destruction” 100-meters (110 yards) wide through the town of Schwentinental according to local the fire department.

In the northwestern city of Delmenhorst, a man was slightly injured after a falling branch hit him on Wednesday evening. In Bad Godesberg, a suburb in the western city of Bonn, a freight train collided with a fallen branch during the night. And in the eastern state of Saxony-Anhalt a man was seriously injured when a tree crushed his car. The 59-year-old was hospitalized after emergency services workers freed him from his vehicle.

Animals at Berlin’s two zoos were brought into indoor enclosures and the zoos closed for the day as a precaution. 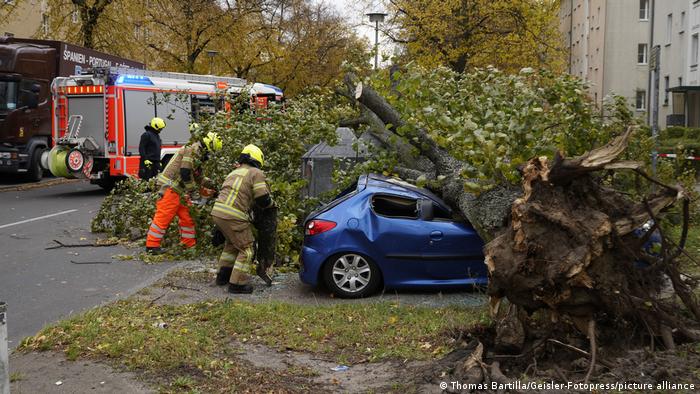 Emergency services crews were busy clearing downed trees all across Germany, as in here in Berlin

The French national weather service has kept up storm warnings Thursday in northeastern France as wind speeds reached 175 kph in the Normandy town of Fecamp.

According to the French national weather service Meteo France, wind gusts of 153 kilometers per hour were measured on top of the Eiffel Tower in Paris.

France’s national rail authority SNCF said train travel was disrupted in Normandy and Champagne-Ardennes region, as well as on some routes in the Paris region.