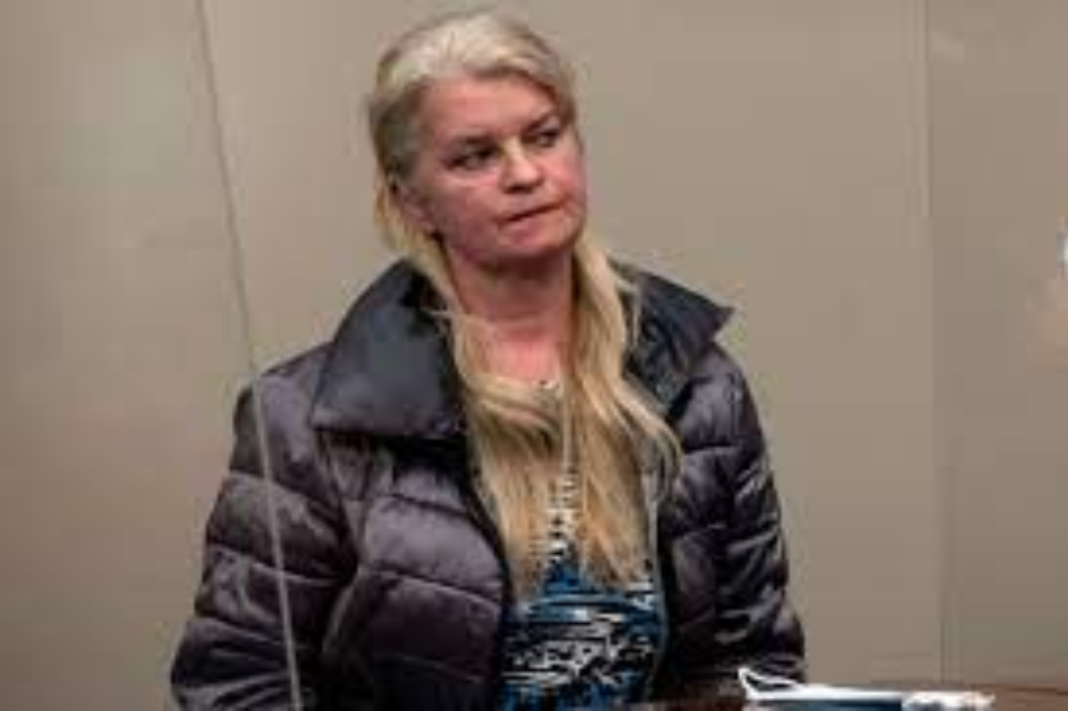 On March 19, MI State Police arrested a Polish immigrant who escaped communism and moved to the United States to find freedom. Marlena Pavlos-Hackney, the owner of Marlena’s Bistro and Pizzeria in Holland, MI, was arrested in front of her residence and taken to the Ingham County Jail for refusing to shut down her restaurant.

In a state-managed by Governor Gretchen Whitmer, a tyrannical Democrat whose Attorney General Dana Nessel is a far-left activist, Pavlos-Hackney didn’t stand a chance. MI Attorney General Dana Nessel released the following statement, condemning the Holland restaurant owner: “This owner has continued to willfully violate the state’s food laws, public health orders and the order of the court – a dangerous act that may have exposed dozens of diners and employees to the virus following the discovery that one of Marlena’s customers tested positive for the virus within two days of eating there.”

Last week, a photo was released of MI Gov. Gretchen Whitmer defying her own rules related to wearing a mask and social distancing in restaurants and bars. After she was caught, Whitmer released a statement of apology. But what about the thousands of people who no longer have jobs or businesses in her state because of her unconstitutional lockdowns? What about restaurant owners like Marlena Pavlos-Hackney, who were forced to spend time in jail and/or were fined for not complying with the same orders she doesn’t even follow herself? Shouldn’t they get a refund if the governor can’t even follow her own guidelines?

Michigan Republican Party Vice-Chair Meshawn Maddock responded to Whitmer’s half-assed apology on Twitter by reminding everyone of how many Michiganders have suffered tremendously under the dictatorial mandate put forth by Governor Whitmer and enforced by her activist Attorney General Dana Nessel:

-Hairstylists were targeted by Nessel as they gave haircuts on the lawn of the Capitol one year ago, can they apologize and get their thousands of dollars in legal fees back?

-Marlena also apologized for not following Whitmer’s restrictions; her bail was $15k. Her business is shut down.

Marlena also apologized for not following Whitmer restrictions, her bail was $15k. Her business is shut down.

Contributions to Marlena’s ongoing legal defense can be made at her GoFundMe by clicking HERE.

Far-left activist Dana Nessel has been an abject failure as Michigan’s attorney general. She’s sicked law enforcement on innocent business owners like Karl Manke, the Michigan barber who refused to shut down his business to innocent restaurant owners fighting to keep their businesses afloat—Nessel has threatened and aggressively pursued brave Americans like Marlena for daring to defy her radical friend, Governor Whitmer’s Wuhan virus lockdown orders.

During her court appearance, the judge snapped at Marlena, telling her she needed to shut up and shut down her restaurant and pay the assessed fines if she wants to be released from jail. Richard Martin, who works for a Texas-based law group, was in Michigan to help Marlena navigate through the legal process. He explained to the judge that he was simply helping her since she has some difficulty with the English language. The nasty judge presiding over Marlena’s case told Mr. Martin that she was also charging him with contempt of court because he is not a licensed lawyer in the state of Michigan.

Marlena’s case has drawn hundreds of supporters from across the state to her pizzeria as a way to show their support to the Polish immigrant who refuses to shut up, sit down, and follow unconstitutional orders put forth by far-left radicals with a political agenda.

Watch this woman who makes regular visits to Marlena’s pizzeria to show her support for the brave patriot, who isn’t afraid to stand up for her rights:

Americans need to support and defend people like Marlena who bravely stand up to tyranny and are even willing to go to jail to shine a light on the injustices that being allowed to happen right under our noses.

Dozens of Illegal Immigrants Crossed The Border Under Kamala Watch