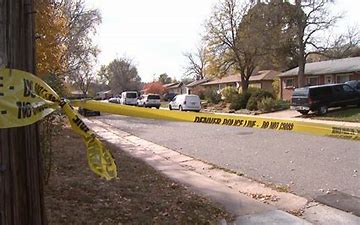 The shooting happened in the 700 block of Maggie Avenue around 4:15 a.m. Friday.

A lady was in her home with her boyfriend and several children when her ex-boyfriend tried to break in, police said.

The woman called 911, alerting dispatch of the situation and saying she had an order of protection against her ex-boyfriend.

A deputy with the Kershaw County Sheriff’s Office arrived within minutes, but the ex-boyfriend had already left the area.

But a short time later, the ex-boyfriend went back to the home. When he forced his way in that time, the woman’s current boyfriend shot the man inside the home, police said.

The ex-boyfriend ran from the home and was located by a KCSO deputy who called for EMS. Emergency crews rushed the man to the hospital and police say he is expected to make a full recovery.

Police identified the man as Qurbbit Lewis Jones, 34, of Columbia. He is in custody. This story will be updated with his mugshot when it becomes available.

Jones faces charges of burglary, first degree and violation of an order of protection.

At this time, the current boyfriend, who has a valid concealed weapon permit, will not be charged with anything relating to this incident, police confirmed.

In court Monday, a judge denied Jones’ bond, keeping him in custody.

Pelosi is right and should make the trip to Taiwan