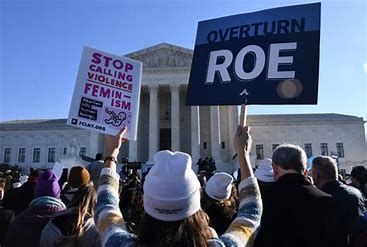 Many Americans reject a central tenet of the Supreme Court’s landmark Roe v. Wade decision on abortion and want to return the power to limit abortion to the states, a poll released Thursday found.

“When it comes to the direction of government policy, there has been consistency and consensus in American public opinion on the issue of abortion over the decades,” Barbara Carvalho, director of the Marist Poll, said in a statement.

The poll also found that 54% of Americans oppose taxpayer funding of abortions and that 81% of Americans support laws that protect both the mother and the unborn baby.

Supreme Knight Patrick Kelly, head of the Knights of Columbus, said in a statement that the polling demonstrates that more than 60% of Americans “reject the central holding of Roe v. Wade” and “want to return the decision to the states or make abortion illegal.”

The findings are particularly relevant, Kelly said, as Americans await a decision in the Supreme Court case of Dobbs v. Jackson Women’s Health Organization, involving a 2018 Mississippi law that banned abortions after 15 weeks.

“Roe v. Wade was wrong when it was decided, and its legacy is the tragic destruction of more than 60 million unborn lives and countless wounded women,” Kelly said. “The time has come for America to turn the page on Roe.”

“Our polling also shows that Americans oppose policies that divert tax dollars to pay for abortion here and abroad,” Kelly added. “This is especially relevant as the bipartisan Hyde Amendment prohibiting taxpayer funding of abortion is in danger.”

American abortion sentiment differs in a variety of ways, the new polling found, but 71% of Americans support at least some restrictions on abortions during the first three months of pregnancy.

And 12% of Americans said that “abortion should never be permitted under any circumstance.”

The Marist Poll surveyed 1,004 adults between Jan. 4 and Jan. 9 by phone, with a margin of error of plus or minus 3.3 percentage points.