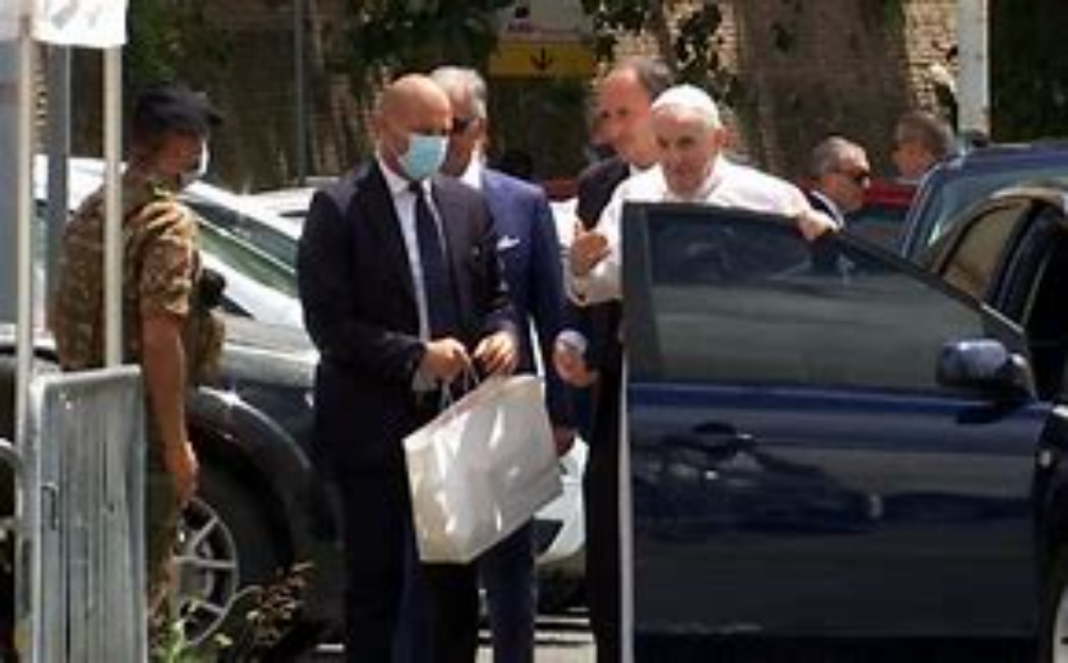 Two weeks after undergoing an operation to remove half of his colon, Pope Francis delivered his Sunday blessings to a crowd of several hundred gathered in St. Peter’s Square.

After ruminating on the importance of rest — “it is not enough to ‘unplug’ ourselves” he said, “we need to truly rest” — Francis turned to the turmoil and social unrest engulfing many parts of the world.

He expressed his concern for the Europeans hit by catastrophic flooding, which has killed over 180 people in Western Europe. “May the Lord welcome the deceased and comfort their loved ones, may he sustain the efforts of everyone who are helping those who have suffered serious damage,” the pope said, according to a translation provided by the Vatican.

He appealed to South African religious leaders to work toward building peace, and to work with the authorities to provide assistance to the needy. The country has just experienced one of its most violent weeks since the end of apartheid, with more than 100 people killed amid riots and looting in its largest cities.

“May the desire that has guided the South African people — the rebirth of harmony among all its children — not be forgotten,” Francis said from a window of the Apostolic Palace.

And he expressed solidarity with families suffering in Cuba, where unrest continues as people protest shortages of food, medicine and electricity. The recent demonstrations have been the largest in a generation.

“I pray that the Lord might help the nation construct a society that is more and more just and fraternal through peace, dialogue and solidarity,” the pope said.

The 84-year-old Francis underwent surgery July 4 after a severe narrowing of his large intestine. It was his first major surgery since becoming pope in 2013. He spent the next 10 days in hospital.

Last Sunday, while still recovering from his three-hour operation, the pope delivered the traditional Sunday blessing from an untraditional location — the 10th-floor balcony of his hospital room at Rome’s Gemelli Polytechnic hospital.