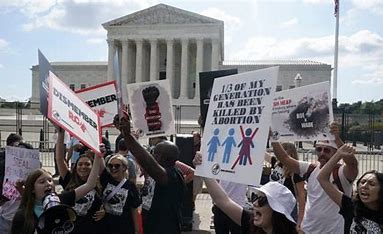 Pro-choice activists across the United States have filed lawsuits against states with post-Roe v. Wade abortion restrictions, arguing that the new laws violate their religious freedom.

A new report from Arleigh Rodgers of The Associated Press and Report for America highlights several different cases in which lawyers have claimed new abortion restriction laws infringe on the religious beliefs of women.

Courts in five separate states have issued rulings in cases related to abortion and religious freedom lawsuits since the Dobbs v. Jackson ruling in late June. There are currently 34 active lawsuits filed against 19 states’ abortion laws, according to a litigation tracker published by the Brennan Center for Justice and Center for Reproductive Rights.

In Indiana, the advocacy group Hoosier Jews for Choice, as well as the lawyers for five anonymous women of various religious backgrounds, including Jewish and Muslim, used this argument earlier this year.

Their lawsuit, filed in September, specifically notes that Jewish law prioritizes the mother’s life and health over that of a fetus and that Jewish studies often only refer to a fetus as a living person at birth.

On December 2, a judge ruled that Indianapolis’ abortion law violates the state’s religious freedom law, signed by former Republican Gov. Mike Pence in 2015, and could not be instituted. The state’s attorney general’s office recently appealed a ruling which sided with the group of women and is expected to head to the State Supreme Court.

The state Supreme Court is also scheduled to hear another abortion ban lawsuit in January, which claims that the new abortion laws violate the state constitution by way of individual rights protections clauses.

Separate lawsuits have also honed in on religion as the basis for their religion, asserting that the state is imposing a law on citizens who do not share the same beliefs, and is thus implementing their own religion.

In Kentucky, three Jewish women made a similar argument and said state laws on abortion violate their religious beliefs under the state constitution. They claim that Kentucky’s legislators unconstitutionally imposed “sectarian theology” with their abortion restrictions. The restrictions remain in effect while the state Supreme Court examines other cases challenging the law.

Law experts have said that lawsuits arguing that state legislators are establishing their own religion may be more effective in court versus an argument on the free exercise of religion violations. Planned Parenthood used the former argument successfully in Utah in July.

In both Wyoming and Florida, lawsuits focused on religious-liberty clauses and the state constitution’s privacy protections to bring an end to new abortion restrictions. The Wyoming law is now blocked, and the state’s high court has not indicated they would weigh in on the ban. Florida’s restrictions remain in effect and may head to the Florida Supreme Court, despite clergy members of five religions suing the state over the law which criminalized abortion after 15 weeks.

First College Admissions Bribery Scandal Trial will soon be in the...