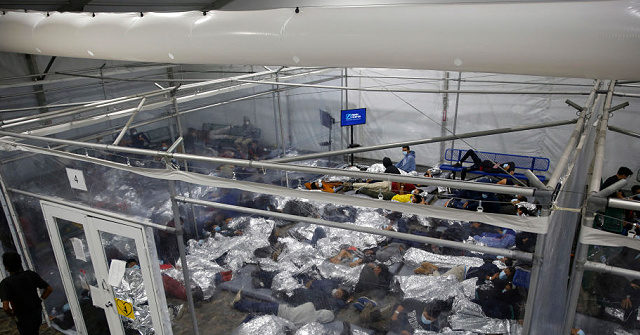 The bipartisan Problem Solvers Caucus (PSC) announced Sunday that they will travel to the southern border Monday to witness the migrant crisis unfolding.

Reps. Brian Fitzpatrick (R-PA) and Josh Gottheimer (D-NJ) said a delegation of the Problem Solvers Caucus will travel to the southern border for a two-day visit. The delegation will travel to Rep. Vicente Gonzalez’s (D-TX) district; Gonzalez is also a PSC member. The delegation hopes to discuss potential bipartisan solutions to immigration and border security; they will meet with federal, state, and local law enforcement as well as many humanitarian groups.

The delegation to the southern border will notably include many swing district Democrats such as Gottheimer and Rep. Conor Lamb (D-PA). The members include:

The bipartisan trip to the border follows as many House and Senate Republicans traveled to the southern border to see the border crisis unfolding fewer than 100 days into President Joe Biden’s administration.

This is … not just Jim Jordan talking, not just Republican members of the Judiciary Committee talking. This is the Border Patrol agents themselves, what they’re telling us. That’s what we’ve got to get done, and we have to talk about this and try to persuade our Democratic colleagues this is just good common sense.

U.S. pledges $1 billion in Ukrainian aid and to take in...

Afghanistan: Taliban continue to hunt Americans and kills Christians as...