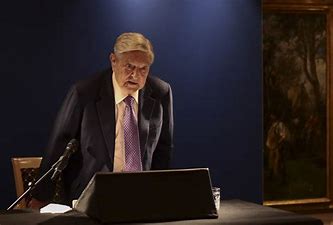 But one Miami radio personality is calling it quits instead of taking a check to work for the Soros front group.

Lourdes Ubieta told Fox News that she had left WAQI-AM — known as Radio Mambi — in advance of a planned takeover of the station by the Latino Media Network, a media group funded by a company connected to Soros Fund Management.

“I would never cut a deal with these people,” Ubieta said. “Never, never, never.”

The host turned down a sizable payment from the Soros-linked group in exchange for staying at Radio Mambi.

“They told me that I will receive half the money as soon as they get the [Federal Communications Commission] approval and then the rest of the money when Soros people take over,” Ubieta said.

The Latino Media Network is led by a former Hillary Clinton campaign staffer and a former employee of the Barack Obama White House.

Ubieta is moving to Americano Media, a SiriusXM radio network that features a conservative Spanish-language perspective.

Radio Mambi is traditionally connected with exiles from Communist Cuba who came to Florida, and the station’s content leans in a pro-freedom direction accordingly.

Soros’ interest in Hispanic media is no coincidence. Once a reliable constituency for the Democratic Party, American Hispanics have been increasingly slipping out of the fingers of the left.

A Hispanic media analyst is pointing to Soros’ interest in the network as an exercise in propaganda.

“This is about power, this is about control,” Jorge Bonilla, the director of Media Research Center Latino, told Fox News last month.

Hispanics have gravitated in a politically conservative direction in recent years.

Some polls even indicate that Hispanics disapprove of President Joe Biden’s job performance more than any other ethnic group in America.

Ubieta is urging her listeners to tune in to Americano Media instead of embracing Soros’ vision for Latino media.

“You are not lost. You are not in the middle of nowhere,” the radio host said. “I’m here, I’m going to stay here, and we are going to fight. You just have to go to the app to Americano, or to Sirius.”