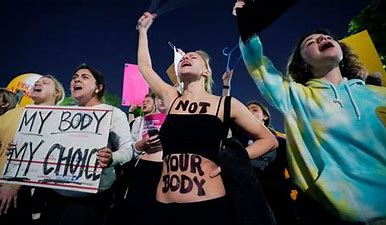 At least four women were seen taking pills as others cheered. The group Shout Your Abortion did not immediately respond to Fox News’ request for comment on the video and protest.

Protesters gathered outside the Supreme Court on Wednesday ahead of the justices sitting for oral arguments in a case that has the potential to overturn Roe v. Wade.

“I believe this court will take up the legal arguments, will take up the scientific examination, and will relook at Roe v. Wade in a whole new way,” Sen. James Lankford, R-Okla., said in a press conference Tuesday.

Beginning at 10 a.m., the Supreme Court will hear arguments on Dobbs v. Jackson Women’s Health Organization, a case over a Mississippi law that bans abortion after 15 weeks. The blockbuster case has drawn the attention of activists, both pro- and anti-abortion, considering the court has a 6-3 conservative majority.