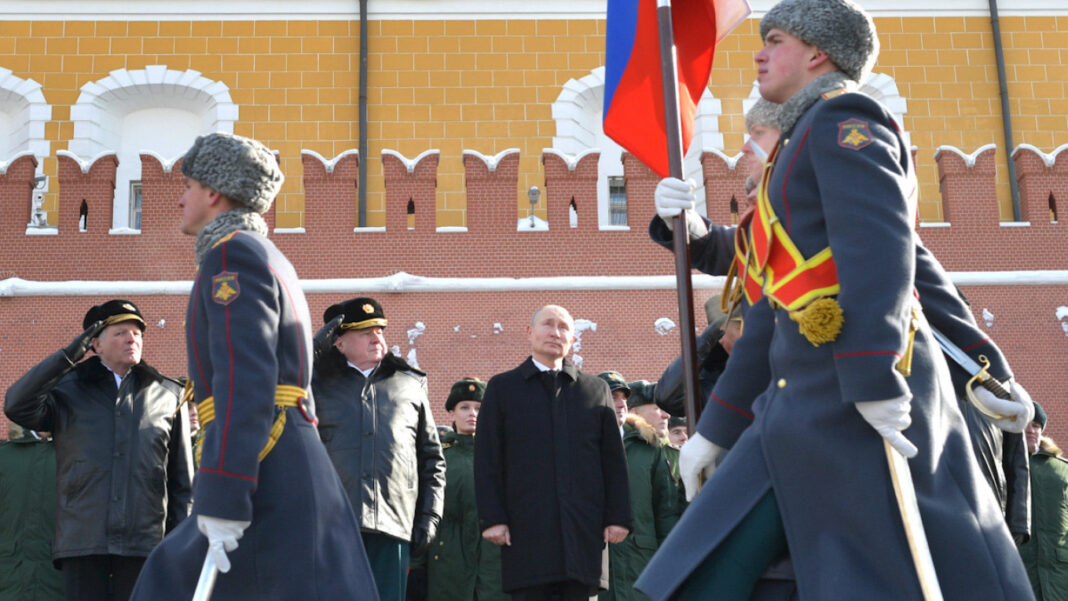 Russian President Vladimir Putin urged his domestic intelligence agency Wednesday to be on guard against Western attempts to “shackle” the country, after the EU agreed on new sanctions on Moscow.

The comments came as relations between Russia and the West approach their lowest point since the Cold War, with new EU and U.S. penalties looming over Russia for its arrest of Kremlin critic Alexei Navalny.

Speaking to the Federal Security Services (FSB) in his annual address to the domestic intelligence agency, Putin said the West is “trying to shackle us with economic and other sanctions.”

“We are faced with the so-called policy of containing Russia,” he said.

“This is not about competition… but about a consistent and very aggressive line aimed at disrupting our development, slowing it down, creating problems along our borders,” Putin added, saying the West was employing tools “from the arsenal of the special services.”

He said the efforts were aimed at “provoking internal instability to undermine the values that unite Russian society and ultimately weaken Russia and bring it under external control.”

Putin earlier this month accused the West of using Navalny — whom he alleges has the support of US security services — to try to contain Russia, a term connoting the U.S. strategy towards the Soviet Union in the Cold War.

On Wednesday, the Russian leader called on the FSB to make the Western threat a priority in its work this year along with its primary task of countering terrorism.

“The suppression of any attempts from the outside to usurp the right of the people of Russia to determine their future should also be in your field of attention,” he said.

Earlier Wednesday, Foreign Minister Sergei Lavrov lambasted the West during an address to the UN Human Rights Council for refusing to suspend sanctions despite a global economic downturn brought on by the pandemic.

The European Union this week moved to sanction four Russian officials over the jailing of Navalny, adding to the series of sanctions Russia has faced over election interference and the conflict in Ukraine.