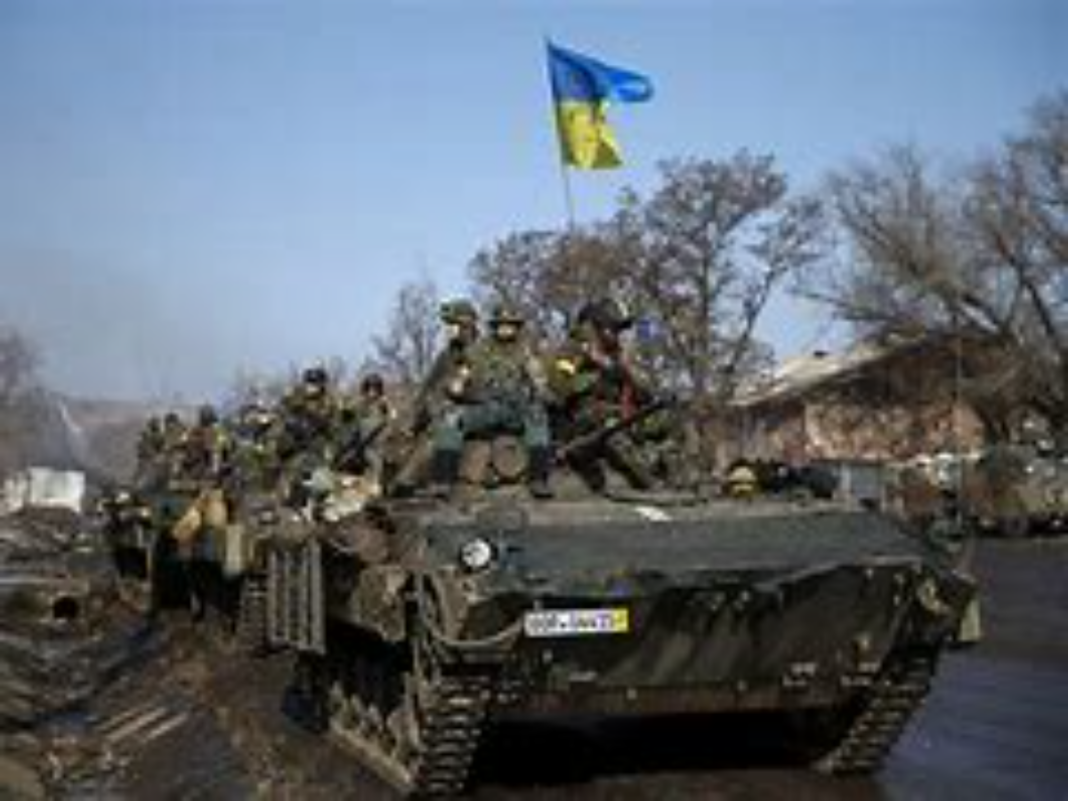 Russian President Vladimir Putin has written a 5,000-word article entitled “On the historical unity of Russians and Ukrainians.” He followed that up the next day with a lengthy video explaining it in the form of an interview with an anonymous staffer, probably from his press service. This has never happened before.

In the article and the question and answer session, the Russian strongman recapitulates in detail his favorite ideas: there is no such thing as a separate Ukrainian people, they are one with the Russians; the state of Ukraine is an artificial creation, a fluke of history that should be grateful to Russia for allowing it to exist.

According to Putin, the ouster of the (pro-Moscow) President Viktor Yanukovych in February 2014 was a culmination of a centuries-old Western plot to create in Ukraine what Putin calls an “anti-Russia” — to squeeze and contain Russia proper. Since 2014, Ukraine is not sovereign and finds itself under “external governance” — a code word for the United States, to which the EU plays a slavish sidekick. Moscow will not tolerate this state of affairs. But there are millions of Ukrainians that do not like this state of affairs and are longing to embrace Russia.

The article bears a distinct stamp of Russian special services thinking: a combination of imperial messianism, a firm belief that money rules the world and bizarre conspiracy theories. Russian social media skewered the piece in the first few hours after publication. Historians, sociologists and journalists found scores of inconsistencies, logical fallacies and plain fact-rigging in the piece. It may be this that prompted Putin’s advisers to convince him to record a video explainer.

The article proved again the point that there is no topic more important for Putin than Ukraine. A terrible new wave of COVID-19 pandemic, the precarious state of the national economy and potential threat from the Taliban to Central Asia, especially Uzbekistan and Tajikistan — they all fall short of Ukraine on his list of priorities.

But why now? Putin frequently sees politics through the lens of personal relationships and is infamously sensitive to real or perceived slights. He is ostensibly very angry with President Volodymyr Zelenskyy of Ukraine, who recently put Viktor Medvedchuk — the pro-Russian politician and businessman whose daughter is Putin’s godchild — under house arrest. Medvedchuk chairs the pro-Kremlin political party Opposition Platform for Life, which has actively opposed the pro-Western policies of the Ukrainian leadership since 2014.

Putin never once mentions Zelenskyy by name, even when asked directly about the possibility of meeting him. In a similar fashion he always refuses to pronounce the name of Kremlin critic Alexei Navalny. In Putin’s cryptic universe of signals and signs, this is an expression of extreme hostility. In his answers he deliberately humiliates Zelenskyy by effectively saying he will only meet “the Ukrainian leadership” when “they read my article.” It seems that for him Zelenskyy has become the personification of the very “anti-Russia” that the insidious West is building in Ukraine and which Putin promises to fight in his text.

Putin has denied legitimacy to the entire Ukrainian political class. He constantly comes back to one idea: the Ukrainian people are one thing, and the Ukrainian leadership is another. We (i.e. Russia, as Putin sees it) love the former, but “we” consider the latter not real politicians but puppets of the West. However, tens of millions of Ukrainians elected their president and members of parliament. And it does not occur to Putin that he offends them with his condescending tone of a “benign colonialist.”

From the very first day of the Orange Revolution in 2004, Putin has demonstrated a complete inability to understand that people have free will and are able to participate in politics of their own accord, out of a sense of civic honor. Even dozens of those killed in Kyiv in February 2014 confronting the regime of Viktor Yanukovych did not convince him otherwise.

Putin is also clearly concerned with NATO’s increased activity in the Black Sea region and Ukraine’s active cooperation with the alliance. And so he turns to the West which, in his view, “rules” Ukraine. He reassures the Europeans, especially the Germans: Russia will fulfill its obligations under a five-year contract for gas supplies to Europe via the Ukrainian gas pipeline system. Read: for now, I won’t use the nearly finished Nord Stream 2 pipeline to blackmail Kyiv.

But he also makes a clear connection between energy security and Ukraine’s Euro-Atlantic aspiration. He draws a red line at Kyiv’s rapprochement with NATO. As always, he tries to scare the Ukrainians and the West with his menacing unpredictability. However, he makes it very clear what could appease him: setting Viktor Medvedchuk free (this is not said directly, but is strongly implied) and direct negotiations with separatists from the the so-called Luhansk and Donetsk republics — de facto Russian-controlled areas of eastern Ukraine — with the mediation of Moscow. This would mean official recognition of the pro-Moscow entities, and, of course, some form of commitment not to join NATO.

Nobody in Kyiv will ever agree to any of these conditions. This means that eventually Putin is likely to act — block the gas transit via Ukraine, recognize the puppet “republics” in the Donbass or even launch a new full-scale military assault. The fight against the imaginary “anti-Russia” has become the meaning of his life.

Whatever shouts ‘spring is here’ to each of us, we’re ready...