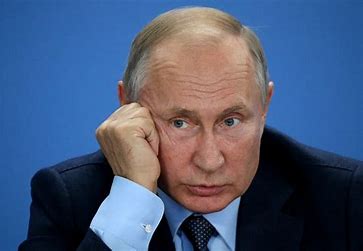 It’s not paranoia if your regime really is fragile.

Whatever else is wrong with Vladimir Putin besides an evil heart—psychosis, incipient madness,  some unrevealed terminal illness—the man plainly suffers from a keen awareness of the fragility of his regime, which causes him to perceive dangers that do not exist and to magnify those that do. His enemies in the West have insisted for years that this constitutes “paranoia” on his part, proof of a psychologically ill person to whom political systems other than the one he has created appear as mortal threats to the Russian nation and his own imperial project. They are correct about that—but they fail to recognize that Putin’s neurotically suspicious mind is in this respect a reverse image of their own.

The United States is incomparably less fragile than Russia, but the regime that dominates the country in this third decade of the century is fragile indeed, a fact well understood by its leaders. Commentators have noted for the past year the suddenly ubiquitous term “our democracy,” now regularly resorted to by politicians and journalists, usually liberal ones. The two words always appear to suggest democracy in America is under threat from authoritarians on the right, who are attempting to destroy it and replace it with a reactionary, racist, post-constitutional system. “Our democracy” sounds natural, innocent, and unobjectionable, before one gets around to wondering whose democracy “our” connotes.

The obvious answer is that “our” refers to the liberal regime that has been running America for many decades now. It is the regime of the Democratic Party, academia, the cultural establishment, the entertainment industry. It is definitely not the America of Republicans, the 74,223,369 Americans who voted for President Trump in 2020, rural dwellers, people without college degrees, or the red states that cover the larger part of every map of the United States, all of whom together comprise at least half of the total American population. The liberal regime, of course, is nervously cognizant of the fact a possible majority in the country opposes its rule. As it attempts to seize control of the entire nation and impose its progressive vision across all of the fifty states, it reasonably enough anticipates resistance from red America, stays alert to the slightest evidence of it, and is determined to set its heel upon such resistance the moment it shows itself.

Uneasy lies the head, and all that. American liberals view conservatives, populists, the National Rifle Association, gun owners, country folk, enthusiasts for Donald Trump, and similar enemies of their Democracy in a way that is precisely analogous to how Putin views democratic nations and democratic societies, NATO, and the European Union. Where Putin imagines liberal-democratic imperialists the world over relentlessly and ceaselessly at work to sabotage and destroy his government and his country, the American liberal regime imagines “white supremacists”—identified by the FBI and the Department of Homeland Security as the greatest existing threat to the peace and security of the United States—hiding under President Biden’s bed, placing bombs in Nancy Pelosi’s freezer chest, infiltrating local police departments for the purpose of murdering black citizens, and Republican politicians scheming with the Federal Security Service in the Kremlin to disenfranchise people of color and steal every election in America from now until Kingdom Come.

Hillary Clinton and her campaigning gang of anti-deplorables knew perfectly well Trump was not coordinating his campaign with the Russians. While the majority of Democrats and liberals just went along with the lie in order to get her elected, no doubt plenty of others actually believed it. Just as Putin is ready to suppose the entire world with the exception of China is eager to destroy him, so many American liberals are prepared to accept that all Republicans are either traitors or potential ones.

Unless he is indeed mentally unbalanced, it is likely that Putin is secretly aware the dream of recreating the tsarist empire is fatally unrealistic and will never be achieved. The same, I suspect, is true of the American liberal regime: It, and its left wing especially, recognizes that the dream of transforming the United States into a progressive utopia along the lines outlined by the theorists of Black Lives Matter is actually a crackpot one.

Domestic Terrorism: Antifa and Proud Boys engaged in a shoot-out