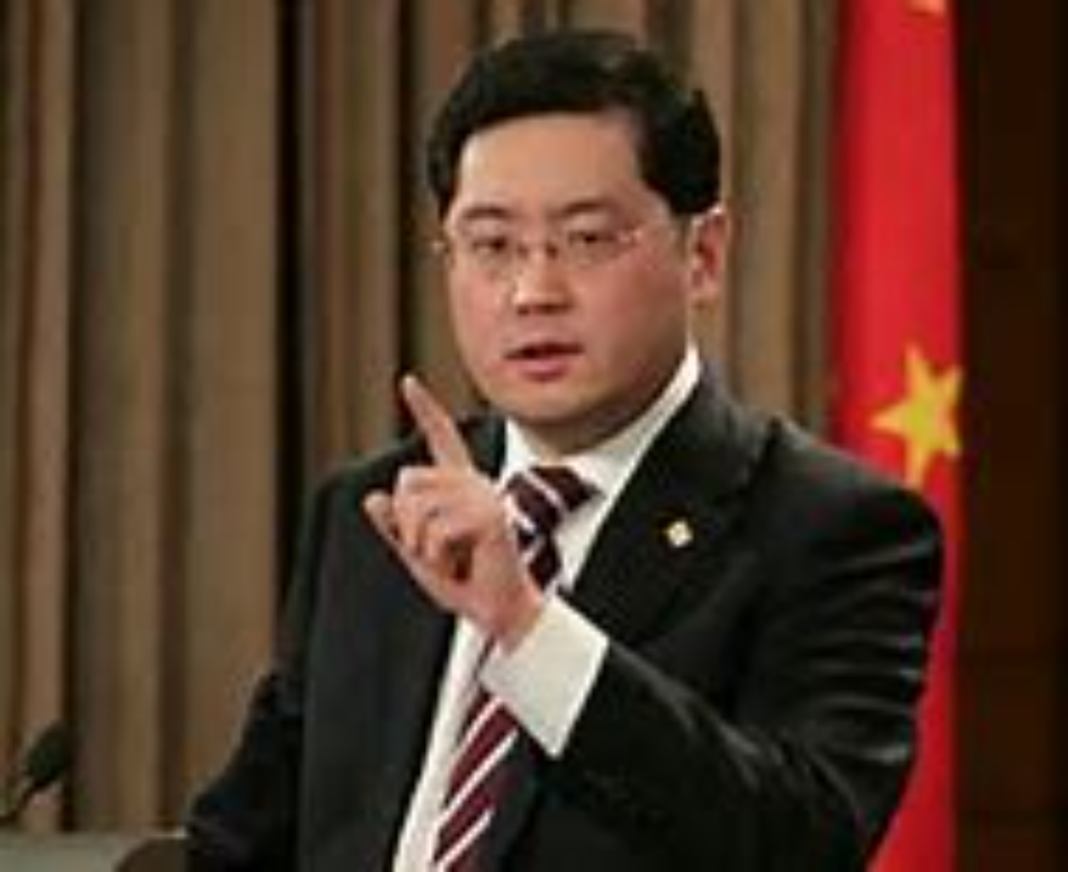 Qin Gang, China’s new ambassador to the United States, has a decidedly undiplomatic message for the Biden administration.

“If we cannot resolve our differences, please shut up,” he said during a private Zoom meeting hosted by the National Committee on United States–China Relations (NCUSCR) late last month.

Qin, who arrived in Washington in July, had just delivered a speech about the current state of bilateral ties to a small group that included NCUSCR’s board of directors. During the question-and-answer session that followed, Evan Medeiros, a Georgetown University professor who served as National Security Council director for China, Taiwan, and Mongolia in the Obama administration, asked what steps the U.S. and China could each take to improve the bilateral relationship.

Qin, a former vice minister of foreign affairs and foreign ministry spokesman, first answered that Washington should stop worsening the situation in order to create conditions for dialogue. Then he uttered that undiplomatic line, which shocked meeting participants, according to a source familiar with the exchange.

After the August 31 meeting — which Qin and the Chinese Embassy in Washington later described as a welcome event — the embassy posted a transcript of Qin’s speech, and a number of outlets reported on its adversarial message. The speech condemned the current direction of Washington’s policy toward China and warned leaders against the “disastrous consequences” of using a “Cold War playbook.” But the question-and-answer session that followed Qin’s speech was not included in the transcript posted online, and it has not been previously reported.

In the week following his frank comments about China’s message to U.S. decision-makers, Qin executed a charm offensive of sorts. He posted about a visit he made to the Juilliard School and meetings with former secretary of state Henry Kissinger and PepsiCo CEO Ramon Laguarta.

But Qin’s request for U.S. officials to shut up was remarkable for its extraordinarily undiplomatic tone, hinting at the hard line he will take in this post. Particularly surprising is that he made the comment during an event hosted by a prominent group of former officials, academics, and business leaders — including Kissinger and Jacob Lew, the former treasury secretary — with decades of experience related to China.

Still, Qin’s comment was largely consistent with what top Chinese officials have conveyed to their American counterparts in recent months. In fact, Qin’s admonition is reminiscent of other comments made by Yang Jiechi, the Chinese Communist Party’s top diplomat. During a speech to NCUSCR in February, he said that some in the United States see China as a competitor and even an adversary, a notion he called “historically, fundamentally, and strategically wrong.”

Then, the following month during a U.S.–China summit in Anchorage, Alaska, Secretary of State Antony Blinken and National Security Adviser Jake Sullivan opened the meeting with remarks critical of China’s human-rights abuses and other misconduct. Yang accused them of hypocrisy and offered a cutting rebuttal: “I think we thought too well of the United States. The United States isn’t qualified to speak to China from a position of strength.” The State Department omitted that portion of Yang’s remarks on an official transcript of the interaction.

Last night, Biden spoke with Xi Jinping, the Chinese Communist Party’s general secretary, for the first time since February. A senior administration official told Axios that Biden had asked for the call, hoping that a conversation with Xi himself would be more productive than stalled diplomatic engagement at lower levels.

Charlottesville: Another Controversial Statue taken down