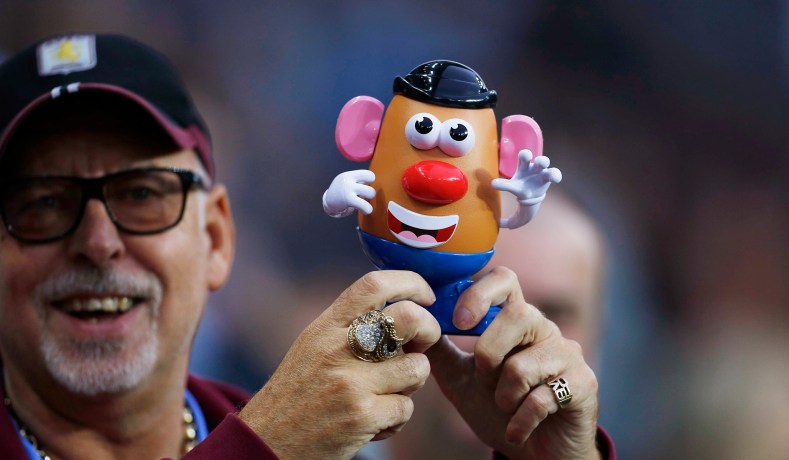 Remember Mr. Potato Head? My introduction to him was through Pixar’s Toy Story. Mr. Potato Head’s cameo as the dastardly villain in Andy’s cowboy game is the opening scene of the series.

As a child watching Toy Story, I also greatly enjoyed the role of Mrs. Potato Head, the doting wife, who exclaims how nice it is “to have a big, strong spud around the house.” She packs her husband’s “angry eyes” into his back compartment, “just in case” he needs them on his adventures. The two are “madly in love,” we’re told. And in fairness, Mr. Potato Head does much in the series to earn a reputation for manliness. For example, he valiantly saves the toy aliens from flying out the car window. “You have saved our lives. We are eternally grateful,” they say repeatedly, and much to his irritation, Mrs. Potato Head wants to adopt them.

I could go on. But the point is that “Mr. Potato Head” was, as illustrated by the creators of Toy Story, a fun, engaging, and strongly drawn character. Until the gender ideologues got to him, that is.

The Associated Press reports today that Hasbro, the company that makes the potato-shaped toy, “is giving the spud a gender neutral new name: Potato Head,” in the hope to “relate to kids today and to reflect more modern families.” From the report:

“It’s a potato,” said Ali Mierzejewski, editor in chief at toy review site The Toy Insider. “But kids like to see themselves in the toys they are playing with.”

Oh they do, do they?

Dropping the “Mr.” from its name could encourage other companies to not assign genders to its toys, a trend that has already been happening, said Mierzejewski. Barbie maker Mattel released a gender-neutral doll line in 2019. But Mr. Potato Head is one of the biggest brands to do so.