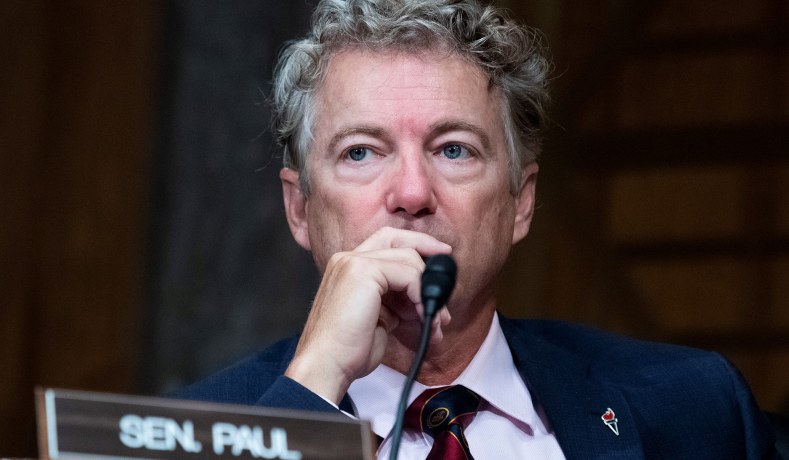 Yet already progressive pundits have painted Senator Paul’s rigor and curiosity on this important topic as “transphobic.” (They seem distracted by the fact that Levine, who is biologically male, identifies as transgender.)

Senator Paul began by pointing out that genital mutilation has “been nearly universally condemned,” since “it is nearly always carried out on minors and is a violation of the rights of children.” He noted that “genital mutilation is not typically performed by force,” but rather, as explained by the World Health Organization, “by social convention, social norm, the social pressure to conform”:

American culture is now normalizing the idea that minors can be given hormones to prevent their biological development of their secondary sexual characteristics.

Dr. Levine, you have supported both allowing minors to be given hormone blockers to prevent them from going through puberty as well as surgical destruction of a minor’s genitalia.

The American College of Pediatricians reports that 80% to 95% of prepubertal children with gender dysphoria will experience resolution by late adolescence if not exposed to medical intervention and social affirmation.

Dr. Levine, do you believe that minors are capable of making such a life-changing decision as changing one’s sex?

But Levine refused to answer, choosing merely to say that “transgender medicine is a very complex and nuanced field with robust research and standards of care that have been developed.” Paul hit back that “the specific question was about minors,” and accused Levine of having “evaded the question.” Paul continued:

Do you support the government intervening to override the parent’s consent to give a child puberty blockers, cross-sex hormones, and/or amputation surgery of breasts and genitalia?

You have said that you’re willing to accelerate the protocols for street kids. I’m alarmed that poor kids with no parents, who are homeless and distraught, you would just go through this and allow that to happen to a minor.

I would hope that you would have compassion for Keira Bell, who’s a 23-year-old girl who was confused with her identity. At 14, she read on the internet about something about transsexuals and she thought, “Well, maybe that’s what I am.” She ended up getting these puberty blockers, cross-sex hormones, she had her breasts amputated.

But here’s what ultimately she says now, and this is a very insightful decision from someone who made a mistake, but was led to believe this was a good thing by the medical community.

“I made a brash decision as a teenager, as a lot of teenagers do, trying to find confidence and happiness, except now the rest of my life will be negatively affected,” she said, adding that the medicalized gender transitioning was a very temporary superficial fix for a very complex identity issue.

Paul asked once again, “Will you make a more firm decision on whether or not minors should be involved in these decisions?” And once again Levine evaded the question, repeating that “transgender medicine is a very complex and nuanced field.” Paul concluded, “Let it go into the record that the witness refused to answer the question.”

The full exchange is worth watching:

2020 census: The U.S. White Population Did not Shrink,here is why!!