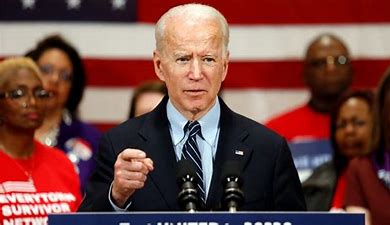 DEL RIO, Texas—Bouncing along in an all-terrain vehicle, Laura Allen drove over cacti and dense shrubbery on her 16,000-acre ranch bordering Mexico. She had spotted a large group of vultures and wanted to know what had attracted their attention.

Scavenger birds gather around dead animals and dead humans, Allen told The Daily Signal, explaining that she is concerned that one day she may find the body of an illegal immigrant on her property.

For Allen and her family, illegal aliens crossing through their ranch is one of the “unique aspects” of living on the border, she said.

The illegal aliens who cross through her ranch are “criminals, they’ve got criminal histories, they’re not good people, and they are to be feared,” said Allen, who is not related to this reporter.

The Allen ranch, located about 170 miles west of San Antonio in Val Verde County, has been in the family for over 100 years.

“It was bought in 1920 by [my husband’s] great-grandfather and the family has been actively ranching it all that time,” Allen, 54, said.

Allen, the former judge (or chief administrative officer) of Val Verde County, says that over the years, her husband’s family has watched the situation with illegal immigration change.

“Years ago, when my mother-in-law and my father-in-law built their home out here, which was in the ’50s, it was not uncommon for [illegal aliens] to come up to the house and be looking for work or looking for a meal or something like that,” Allen said. “Generally, they didn’t have issues. They didn’t have problems with anybody.”

The Allen property runs along the Amistad Reservoir, into which the Rio Grande flows. It is rumored that illegal aliens pay “closer to $1,000 a person” to be brought across the reservoir in a boat, the rancher said.

“There’s a couple of boats that are identified as regular crossing [boats], and they bring loads of eight, nine, 10 people across,” Allen said. “I’m sure they’re making thousands of dollars doing it. But recently, we’ve actually seen people come across on pool floats.”

Because a dam controls the reservoir, water levels can fluctuate drastically week to week, making it almost impossible to put a fence along Allen’s property to keep illegal aliens from crossing through the ranch.

“You cannot secure this area,” the rancher said, adding that it would take Border Patrol or other law enforcement 30 to 45 minutes to reach her property if the situation was “life or death.”

Because she never knows who might be on her property at any given time, Allen says, she is “armed at all times.”

“We have been counseled by several Border Patrol agents in the last six to nine months that have said, ‘Do not confront people because we’re finding more and more with guns,’ and that’s a scary proposition,” Allen said. “We live on the precipice of—it’s not if we’re going to have to shoot, it’s when, and who’s going to be the martyr for the cause. That’s the scary proposition.”

>>> Listen to Allen’s interview with “The Daily Signal Podcast”:

In fiscal year 2022, which ended Sept. 30, more than half a million “gotaways” entered America, Fox News first reported. “Gotaways” are those individuals who successfully evade Border Patrol and other law enforcement.

President Joe Biden has not visited the border since taking office in January 2021.

“My gut instinct is to say [Biden] would never understand, and that’s not because of any fault of his. But conversations that I have with people, even in the state of Texas, that have not visited the border, [they] don’t understand it,” Allen said. “Until you come and see it for yourself, you don’t know.”

Allen said her message to Biden, lawmakers, and any American is “Come [and] see it for yourself.”

“You have people making decisions in Washington, even in Austin [Texas], that haven’t been here, and they don’t understand all the nuance of the different areas and the different types of crossers,” she said. “Until you get to that point, you can’t have an educated discussion with someone. You just can’t. They don’t get it.”