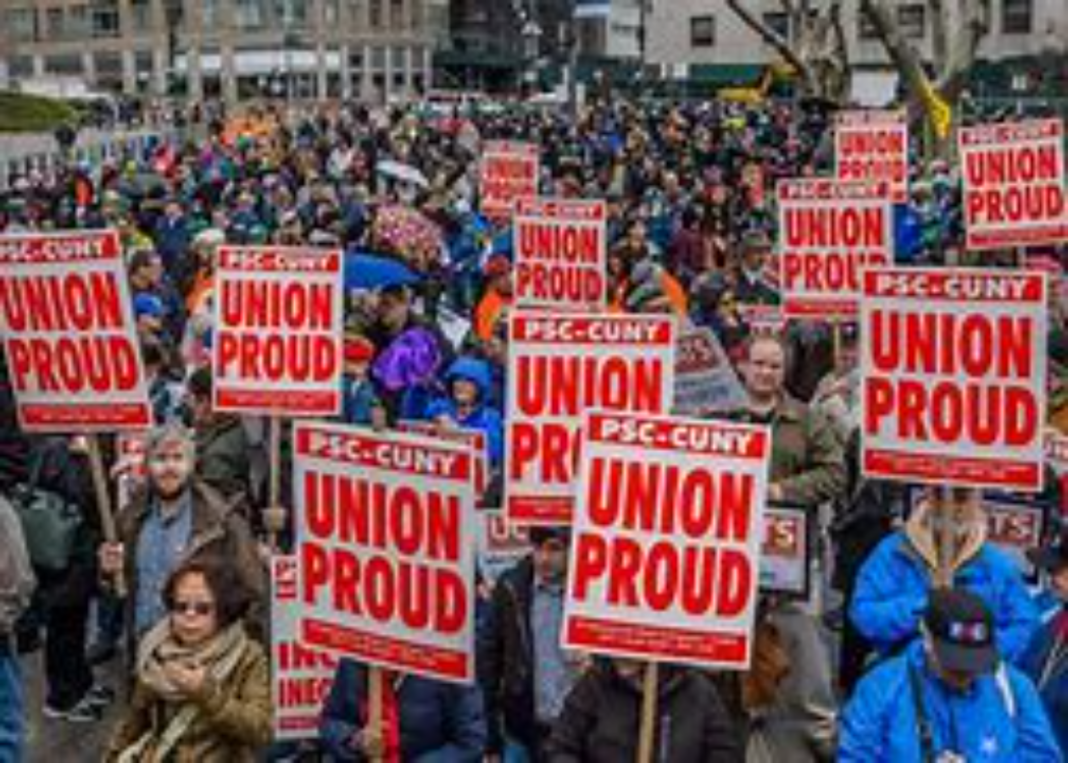 There’s a new report out by James Sherk, formerly a labor economist at the Heritage Foundation and a labor policy adviser in the Trump White House, about Democrats’ union-related proposals in the $3.5 trillion reconciliation bill. Democrats are using the budget-reconciliation process, which is supposed to be about taxes and spending, to pass a wish list of long-standing pro-union demands.

On September 17, I wrote about the bill’s tax break for union members, which makes it easier for people to give money to organizations that disproportionately help elect Democrats. But there’s more than that for the unions in the bill.

Sherk finds that the bill would ban all-staff meetings to discuss unionizing. If employees consider unionizing, it’s normal for employers to call an all-staff meeting to discuss potential drawbacks from doing so. Unions have long opposed such meetings because they give employers an opportunity to dissuade their employees from unionizing. Unions would still be able to reach employees in all the ways they are currently allowed to, including getting the names and addresses of employees and going to their homes to sell unionization. Democrats are attempting to slant the playing field toward unions by preventing employers from meeting with employees.

Sherk finds that the bill has a tax credit that applies only to electric cars produced with union labor, which undermines any claim to its being about the environment, since nonunion electric cars would have the same carbon emissions as union ones. He also finds that the bill would prohibit companies from lockouts, which are the opposite of strikes, thereby denying them important bargaining leverage over unions.

Despite all these goodies for unions, nothing in the reconciliation bill would change the fundamental calculus for workers: Joining a union isn’t really worth it for most people in the 21st century. Sherk points out that “union job losses drove the entire net decline in manufacturing jobs” between 1974 and 2019. Nonunion manufacturing employment actually went up during that period. Union membership has been declining steadily since the ’70s across the board — through Democratic and Republican administrations, with and without right-to-work laws, and no matter how the economy is performing.

The world has largely passed unions by, and they haven’t grasped that most workers no longer need them. Or maybe they have, and they’re just trying to extract the last few benefits they can from their favored political party, tucked away in a 2,465-page bill.