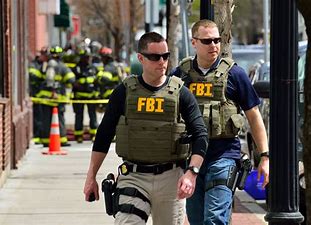 For more than a year now, we’ve been following the story of two treasure-hunters who claimed to have found the location of a huge cache of civil war-era gold buried in rural western Pennsylvania. The men from Finders Keepers sought help from the FBI in their efforts to gain permission to dig for the buried treasure but were kept away by federal agents while the FBI excavated the site themselves. The two men were later shown an empty hole and told there was nothing there, but they suspected that the FBI had simply taken the gold for themselves. A legal battle to get the Bureau to release its records of the dig dragged on for most of a year until a judge ordered the agency to turn over the records last month.

Now the FBI has released the first batch of records, including 250 pages of documents and more than 900 photographs. To describe what they released as “unimpressive” would be an understatement. As the Associated Press reports this week, much of the material seemed to be irrelevant to the case, though a few intriguing items were uncovered. But the Bureau is sticking to its story that the dig turned up nothing of interest.

The government has long claimed its dig was a bust. But a father-son pair of treasure hunters who spent years hunting for the fabled Civil War-era gold — and who led agents to the woodland site, hoping for a finder’s fee — suspect the FBI double-crossed them and made off with a cache that could be worth hundreds of millions of dollars.

The newly revealed geophysical survey was part of a court-ordered release of government records on the FBI’s treasure hunt at Dent’s Run, about 135 miles (220 kilometers) northeast of Pittsburgh, where legend says an 1863 shipment of Union gold was either lost or stolen on its way to the U.S. Mint in Philadelphia.

Dennis and Kem Parada, who co-own the treasure-hunting outfit Finders Keepers, successfully sued the Justice Department for the records after being stonewalled by the FBI. Finders Keepers provided the FBI records to The Associated Press.

The FBI also put all of the records they turned over on their website. As the linked report points out, the first 114 documents seem to be mostly irrelevant, largely consisting of historical, archived documents and newspaper clippings related to the treasure hunters. But on page 97 of that batch, you can read the report from the environmental scanning company the FBI commissioned to search for signs of possible gold on the site. The scientists used advanced metal detectors and ground-penetrating radar, concluding that there was very likely a “very high-density subsurface target” in a low-density area, suggesting “a massive body in a small cave.” (Which fits in with the legend nicely.)

The next three collections of documents are an archive of nearly 1,000 pictures. But as the AP points out, there are hundreds of pictures that show nothing but seemingly random trees, dirt roads, and people’s homes. Finally, in the third collection, we are shown pictures of a backhoe in the woods where they managed to dig a hole. But the hole only appears to be four or five feet deep at most. There are still allegedly more documents to come, but if they’re no better than these we probably won’t know much more than we do now.

I remain more than a little suspicious of the FBI’s level of honesty and transparency in all of this. The way they have conducted themselves and the story they are telling simply makes no sense. First of all, why would they keep the treasure hunters away from the dig site while excavating? Why were there dump trucks and earth-moving equipment going back and forth all night long for what appears to be a hole that a competent operator could have dug in well under an hour? And if it truly was just an empty hole in the ground, why would they be taking nearly one thousand photos for their records and why would they try to shield all of those records from the court and from the FOIA process? Are holes dug in public property now considered to be highly classified national security secrets?

Particularly considering that report from the scanning company, I smell a rat. If you ask me, they definitely found roughly nine tons of gold in that cave. And that gold had to have gone somewhere. The Inspector General’s Office with oversight over the FBI needs to launch a thorough investigation. If that much gold went missing, particularly since it would technically be the property of the taxpayers, we deserve to know where it is.