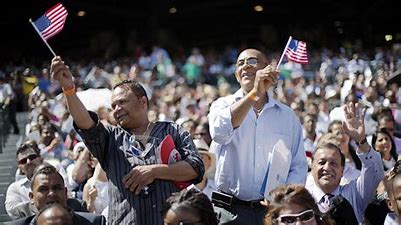 It seems appropriate that one of the most creative and dynamic programs in American citizenship in the country is held in Philadelphia, at the Union League, the city club founded in 1862 to support President Abraham Lincoln and the Union cause.

The Civil War, of course, created a crisis in the concept of American citizenship. By advocating for abolition and defending the Constitution, the Union League played a key role in renewing the nation’s democratic ideals in the postwar years.

That task has been taken up by the Union League’s main charitable organization, the Legacy Foundation, which hosts an annual Good Citizen Day.

Each year in April, about 250 high school juniors are thrust into a day’s worth of activities to help them understand, appreciate, and grapple with the Constitution. All of the students are nominated by local organizations as outstanding citizens.

“The day is designed to give a crash course in the Constitution,” explains Legacy Foundation Executive Director John Meko, “and to get students thinking and discussing important issues in a thoughtful way.”

In a typical year (pre-COVID-19), students participate in three separate programs—Executive, Legislative, and Judicial—in Philadelphia City Hall. (COVID-19 restrictions in Philadelphia would not allow this part to occur in 2022.) They lobby the mayor, bring a bill to a vote in the City Council, and try Goldilocks for breaking and entering. They break up into discussion groups and tackle questions about topics such as the Electoral College, free speech, and abortion.

Guided by volunteer facilitators, they are taught to argue from the perspective of the Constitution, the courts, history, and common sense. “We challenge the students to think critically, to reason, and to argue their position with respect for the other side of the argument,” Meko told me. “The day is a day of reason, not of feelings.”

The students learn that the concept of citizenship is an old one in the Western political tradition, but also unique in world history. It did not exist anywhere else. The Assyrians, the Babylonians, the Egyptians, the Persians were ruled by kings and pharaohs. There were no citizens in those other societies, just subjects and slaves.

Unlike anyone else in the ancient world, the Greeks acquired the idea that people were meant to live in freedom, not to be ruled by despots. They believed that power, or “kratos,” should be given to the people, the “demos.” They called their system of government “demokratia,” or democracy.

Of course, not everyone in ancient Greece was eligible to become a citizen. Women could not vote in the assembly, and slavery was an accepted part of Greek society. Nobody questioned that. But every person who was considered a citizen was expected to be involved in the political and civic life of the city-state.

In Sparta, a person who failed to fulfill his civic responsibilities was called “an Inferior.” In Athens, a person who was not engaged in the life of the city-state, who wasn’t involved in the assembly, was called an idiotai—yes, their version of an idiot.

Good Citizen Day ends with a formal evening banquet in the Union League’s majestic Lincoln Hall. The students are served a first-class dinner (filet mignon) and receive medals and cash awards for their achievement.

Almost none of the students has ventured into the Union League before. Some come from pretty tough backgrounds. It’s clearly a transformative event for many of them.

I had the opportunity to speak to the students about the meaning of American citizenship—and how precious a gift it is. I remarked that if this terrible war in Ukraine reminds us of anything, it is that we cannot take our freedoms for granted.

I quoted Ukrainian President Volodymyr Zelenskyy just before Russia invaded his country: “But if we come under attack, if we face an attempt to take away our country, our freedom, our lives, and the lives of our children, we will defend ourselves. When you attack us, you will see our faces—not our backs, but our faces.”

To my surprise, the students burst into applause. These young people are paying attention to our world, and I was deeply impressed by them.

“Our ultimate goal,” said Meko, “is to create more engaged, better informed citizen leaders.” He and his team are accomplishing that—and something else, less tangible perhaps, but no less important. They are transmitting to the next generation a quality of character that seems under assault in our culture; namely, a healthy patriotism.

Thus, it comes as no surprise that the founding motto of the Union League is “Amor patriae ducit”; that is, “Love of country leads.”

If you wish to chase away your doubts about the future of American democracy, come to Philadelphia and spend a day with these young leaders.

We haven’t heard so much about global warming lately