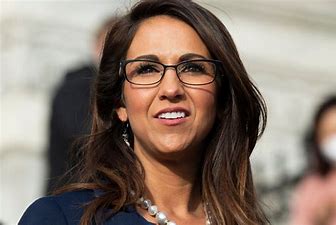 Well, looks like AOC and the Climate Cult will need to go back to the drawing board because the SCOTUS just gutted the Green New Deal.

SCOTUS just limited what the EPA can do to fight climate change.

Now, obviously, we all want a healthy planet, but we don’t want to turn into foam-at-the-mouth radical communists in the process, do we?

The left always does this. You give them an inch in good faith, and they take 100 miles.

This is why you can’t work with them. They’re lunatics.

Fox News reported that at issue in West Virginia v. EPA was whether, under the Clean Air Act, Congress constitutionally authorized the EPA to implement regulations on states to reduce carbon dioxide pollution by moving away from coal-fired power plants to other forms of energy.

“Capping carbon dioxide emissions at a level that will force a nationwide transition away from the use of coal to generate electricity may be a sensible ‘solution to the crisis of the day.’ But it is not plausible that Congress gave EPA the authority to adopt on its own such a regulatory scheme in Section 111(d). A decision of such magnitude and consequence rests with Congress itself, or an agency acting pursuant to a clear delegation from that representative body.”

In a dissent, Justice Elena Kagan – joined by Justices Sonia Sotomayor and Stephen Breyer – said that the decision strips the EPA of the power Congress gave it to respond to “the most pressing environmental challenge of our time.”

Climate Change is like COVID for Dems… it’s just an excuse to regulate everything, kill the middle-class, and impose tyranny.

AOC is beside herself.

She wants to do away with the SCOTUS to “save the planet.”

Catastrophic. A filibuster carveout is not enough. We need to reform or do away with the whole thing, for the sake of the planet. https://t.co/if8PIbfs42

Well, one person who I can tell you is NOT unhappy about this ruling is Rep. Lauren Boebert, who just won her primary in a landslide.

She took to Twitter to celebrate the demise of the Green New Deal.

“So will the Demonrats stop running America broke?”

“This is the best news for the country. The Dems use this global warming stuff for power.”

“Junk science gets shot down”

“You can’t afford $5 gas, but go buy a 60K electric car: That’s the green new deal in a nutshell”

“I am all for keeping the planet safe and clean and whatnot, but as with everything else, the left pushed this sh*t way too far”

“Good reign these climate crazies in.”

Again, just like with abortion, the decision on emissions goes back to the states.

They can vote on this.

It limits the federal government; as it should. The left doesn’t believe in their policies enough to sell them to the American people to vote on. They want to IMPOSE these things on you because they know how unpopular they are.

Well, too bad. Start coming up with ideas that people actually like and will support and vote for.

That’s how the government should work.