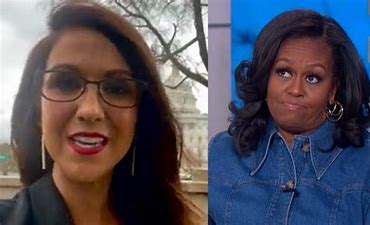 The left is so out of touch with normal, sane Americans, that it’s not even funny.

It’s actually at a crisis point. These wealthy liberal elites live in this “safe bubble” where everyone talks the same way, worries and frets over the same things, and supports every freaky new sexual fetish that comes down the pike.

Because trust me, almost everything about the progressive religion is “sex-based”

The only thing that ventures away from sex is climate change — sort of — after all, so many of the protesters insist on taking all their clothes off.

Anyway, what these bubble-dwellers don’t realize is that while their elite, rich, snooty friends all act this way, the vast majority of America does not, and we’re all sitting here looking at this madness, like “men having babies,” and 7-foot tall hulking guys wearing one-piece bathing suits with a bow in their hair, like mental illness.

But the left is now held hostage by a radical, lunatic mentally sick group of people. They’re in the minority, but they’re rabid and vicious and will swarm a person and keep stinging them until they submit and bend the knee.

The latest fetish on the left is to pretend men are women now… and in the process, women are being completely lost and canceled.

It’s quite a sight to see… all these elite feminists are cheering as men take over as women, and do a better job at it, to boot!

They’ve even come up with a new way to spell “WOMEN,” and it’s being pushed by none other than Michelle Obama.

Daily Mail reported that former First Lady Michelle Obama sparked debate on an Instagram post after she ‘used the term womxn’ when voicing her support for abortion care.

Obama took to Instagram on Saturday to encourage voters to take part in the midterm primary elections, especially in states where a potential Supreme Court’s Roe vs. Wade overturn would likely lead to abortion bans.

‘State lawmakers will have the power to strip womxn of the right to make decisions about their bodies and their healthcare,’ one of the slides Obama shared read.

The term ‘womxn’ is intended to be inclusive of transgender and non-binary people who identify as women, but critics say using the phrase erases the experience of cisgender women.

Obama used the traditional spelling in the caption of the post: ‘It’s been a tough couple of weeks since we saw the leaked SCOTUS draft opinion on abortion.’

‘If it comes to pass, we may soon live in a country where millions of women — not to mention our children and grandchildren — lose the right to make decisions about their bodies and their health.’

In the past, other progressive politicians, including Democrat firebrand Alexandra Ocasio-Cortez, have come under fire for using inclusive terms such as ‘menstruating women,’ to refer to people who identify as women.

And now, when we’re not calling them “bleeders” or “birthing people,” we’re just Xing them right out.

And you know it’s a big deal when Michelle Obama is pushing the new “thing.”

Pretty soon everyone will be Xing out women all over the place, and Rep. Boebert has a real problem with that.

And here’s what Lauren has to say about Michelle’s new “WOMXN” spelling: “So now the term woman is too old school for Michelle Obama and she’s decided to start using “womxn”. Yes, really. They’re erasing women right before our eyes!”

So now the term woman is too old school for Michelle Obama and she’s decided to start using “womxn”.

Less than 1% of the population is “trans” and yet, everyone and their brother is expected to change their lifestyle and habits for this small group of confused people.

That’s not inclusion, that’s yet another power-grab by the left and another way to control the way people think and speak.