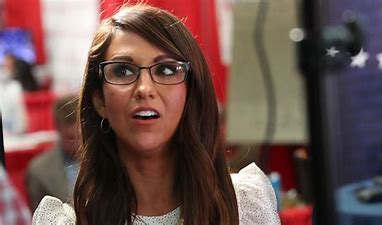 With everything Joe Biden has done to turn America into a weak, hapless disaster, you’d think he’d be up all night, tossing and turning.

A normal person would… someone with a conscience and a love of country couldn’t get a good night’s sleep if they were doing what Joe was doing.

Joe has been part of this disgusting, slimy swamp for almost 50 years. His soul is as black as night, and he’s not in this for the American people. He’s never been in it for anyone but himself and his smarmy family.

Joe was a low-budget crappy lawyer, who turned to politics so he could make the money he needed to support his rich, liberal lifestyle.

But nowadays, Joe is a shell… an empty suit, being filled up with whatever Obama, or his other staffers and puppet masters want.

And as Rep Luren Boebert puts it, the reason Joe can sleep so well nowadays, even after all the destruction, is because he has NO IDEA what’s actually going on.

The man is a senile, bumbling old fool.

Here’s what Lauren said: “When I hear people look at the damage this regime has done and ask, “How can Biden sleep at night?” the answer is quite simple: he has no idea.”

When I hear people look at the damage this regime has done and ask, “How can Biden sleep at night?” the answer is quite simple: he has no idea.

“THE DEMOCRAT PARTY POLITICIANS ARE VOID OF A CONSCIENCE”

“Who is in his earpiece? That’s what we all want to know”

“I think he knows what he is doing in that he really doesn’t care. He is listening to the likes of Obama and Soros and sleeps comfortable in his castle in D.C. He is not, and never has been, a patriot.”

“The Biden family already got paid, and he doesn’t care.”

“Honestly, I think he’s in a fog the entire time”

“Imagine still defending this senile bag of dust? lol There are people out there who still defend this old codger”

“Because it’s the third term of Obama and Joe doesn’t even really know he’s the fake President!!!!”

“The entire WH is just run by activists who are looking for their next private sector NGO job. They don’t actually care if Biden succeeds.”

Yes, the man who tried to shake hands with “thin air” definitely isn’t “alert” to what’s going on around him, that’s for sure.

Once again, Lauren nails it.

Sandor Szabo: A Lawsuit Filed over Fatal Punch to the Face...