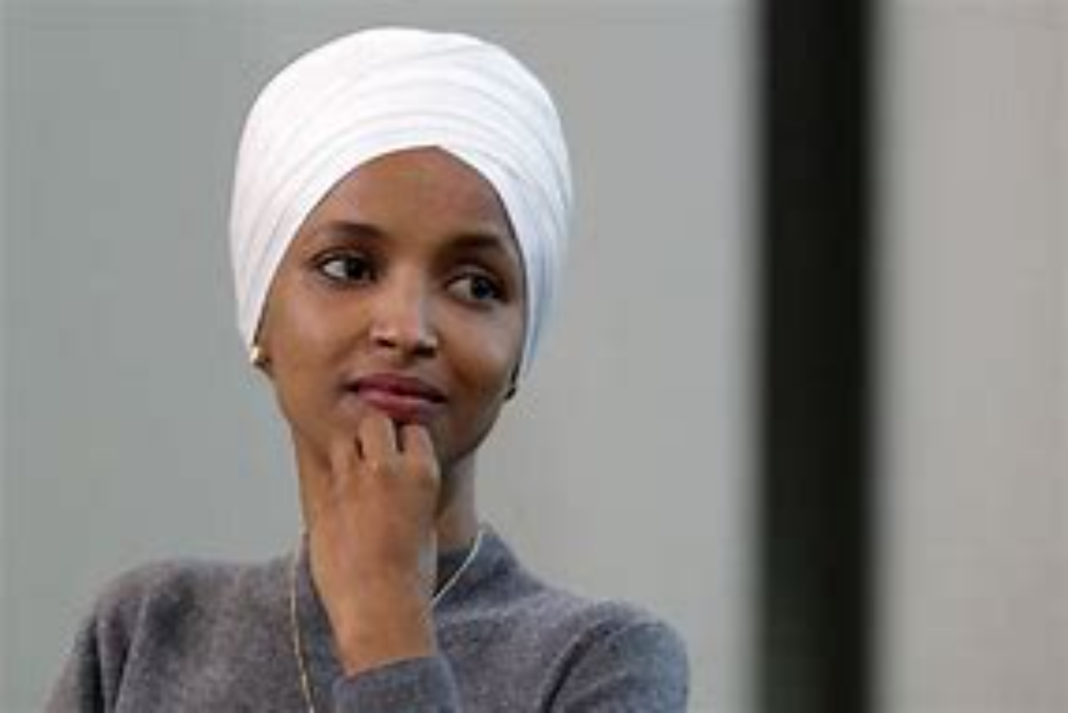 Multiple watchdog groups said Rep. Ilhan Omar may have violated federal law for failing to mention any income received from her critically-acclaimed 2020 memoir in her latest financial disclosure report filed on Friday.

Omar, D-Minn., reportedly signed a deal worth up to $250,000 for her memoir “This Is What America Looks Like” in January 2019, around the same time she was sworn into Congress.

Omar’s communications director said the House Ethics Committee approved the book deal, but the Democratic lawmaker’s financial disclosures covering the calendar years 2018 and 2019 contain no mention of the book or any advance income received upon signing a deal.

The book was published in May 2020 to rave reviews by the press and Omar’s Democratic colleagues. The Atlantic dubbed it one of the best political books of the year, and numerous high-profile Democrats—including House Speaker Nancy Pelosi, Rep. Alexandria Ocasio-Cortez of New York, and Rep. Ayanna Pressley of Massachusetts—praised the book.

However, Omar made no reference to her book or any royalties in her latest financial disclosure filed Friday, which covers the 2020 calendar year.

Counsel for conservative watchdog group National Legal and Policy Center said Omar could be in violation of federal disclosure rules by omitting any reference to her book in her disclosures.

“It appears that she has violated the financial disclosure rules by not reporting the proceeds from her book deal, which she has to do because it’s considered income,” National Legal and Policy Center counsel Paul Kamenar told The Daily Caller News Foundation.

“We’ll be looking into filing a complaint with the House Ethics Committee,” Kamenar added.

Omar’s omission of any mention of her book deal in her 2018 and 2019 financial disclosures are the subject of another complaint from a second watchdog group, the Foundation for Accountability and Civic Trust, which sought an Office of Congressional Ethics investigation into whether the Democratic lawmaker failed to properly disclose assets in violation of federal law in September 2020.

Kendra Arnold, executive director of the Foundation for Accountability and Civic Trust, reiterated the need for an investigation into Omar’s financial disclosures.

“Book deals and publishing contracts are fraught with ethics concerns, primarily because they could be used to funnel money to a government official in order to gain influence,” Arnold told The Daily Caller News Foundation.

She said lawmakers may face criminal penalties if they intentionally provide false information on financial disclosures.

“If a Member fails to timely and accurately file a financial disclosure, the penalty can range from a fine for an inadvertent late filing to criminal penalties for an intentional false filing,” Arnold said. “The financial disclosure reports are taken seriously because it is the only mechanism for citizens to determine whether a Member has a conflict of interest or is using their position or information obtained as a Member to profit.”

“In this case, her disclosure reports over the past three years do not include any information pertaining to the book, advance payments, or royalties collected from the deal,” Arnold added. “The lack of information indicates this is a case where the Ethics Committee should investigate to determine whether the information should have been publicly disclosed.”

A spokesperson for Omar’s office told The Daily Caller News Foundation that the congresswoman “has been in full compliance with House Ethics rules.”

“She has reported everything that needed to be reported on the financial disclosure form,” the spokesperson said.

The alleged issues surrounding Omar’s book deal are just the latest in a string of financial scandals plaguing the lawmaker during her time in state and national politics.

While serving as a Minnesota state representative, Omar improperly used funds from her campaign to fund out-of-state travel. The Minnesota Campaign Finance Board fined Omar $500 and ordered her to repay her state campaign $3,500 in June 2019.

Two months later, in August 2019, the National Legal and Policy Center filed a complaint with the Federal Elections Commission alleging that Omar illegally used funds from her federal campaign to fund her extramarital affair with then-married Democratic consultant Tim Mynett.

Both Omar and Mynett divorced their respective spouses in late 2019, and in March 2020, the pair announced they were married.

Omar said a “top FEC campaign attorney” cleared her campaign’s business relationship with her husband’s consulting firm, and she announced in November that her campaign cut ties with the firm to avoid the appearance of impropriety.

The Foundation for Accountability and Civic Trust noted other potential issues in Omar’s 2018 and 2019 financial disclosures in its September 2020 ethics complaint. The watchdog group highlighted that Omar did not disclose possession of both checking and savings accounts, despite mentioning their existence in court records from December 2017.

The Foundation for Accountability and Civic Trust complaint also said Omar failed to disclose her Minnesota pension plan in her 2018 disclosure, as well as her positions with multiple nonprofit organizations.

“Representative Omar’s actions fall short of the ethical requirements expected of members of the House,” the Foundation for Accountability and Civic Trust’s complaint reads. “Therefore, we respectfully request that the Office of Congressional Ethics investigate Representative Omar’s potential violations of federal law.”

A number of Omar’s colleagues in the House, including one of her fellow members of the so-called squad of progressive Democrats, reported book advances and income in their financial disclosures over the past three years.

Rep. Tim Ryan, D-Ohio, reported in his 2019 financial disclosure that he received less than $2,700 in royalties from two of his books, both of which he labeled as approved by the Ethics Committee.

Freshman Rep. Cori Bush, D-Mo., reported on Friday receiving an advance valued between $50,001 and $100,000 for her upcoming book “The Cori Chronicles.” Bush filed the advance as “reviewed and approved by House Committee on Ethics,” as first reported by Fox News.

Let’s face it, Sleepy Joe is going to run again

The wrong Biden is traveling to Romania and Slovakia this month