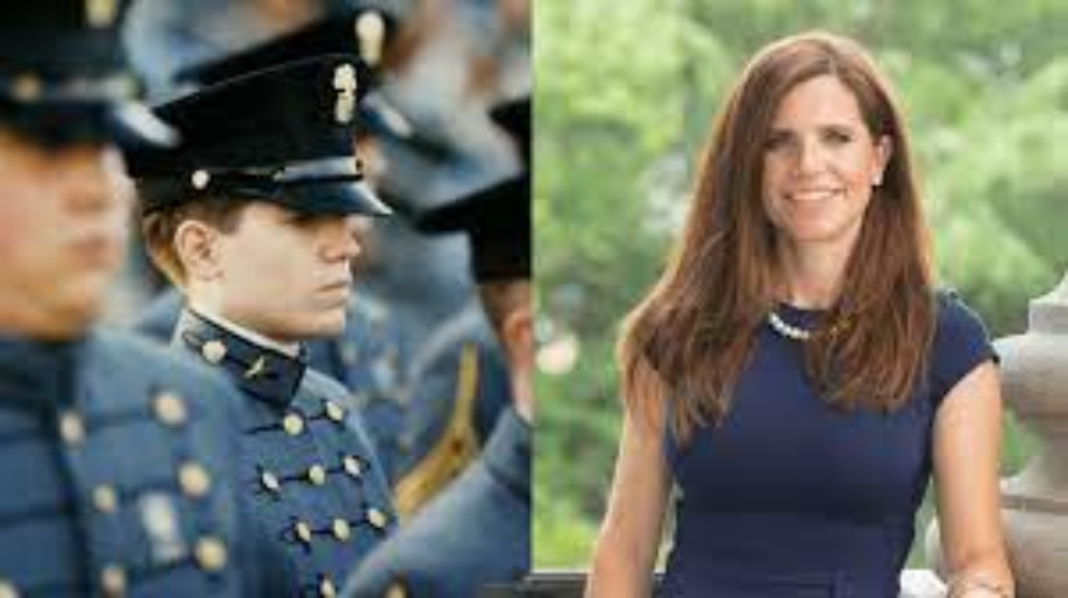 Multiple circle-A anarchist symbols and messages such as “all politicians are bastards,” “no gods no masters,” “f— you Nancy,” and “pass the pro act” were spray-painted on Mace’s home and sidewalk, according to pictures of the vandalism she posted to her Twitter account.

Mace had voted against the PRO Act in March. The bill, which passed in the House in March on a largely party-line vote, aims to strengthen protections for worker unions.

“In the early morning hours of Memorial Day, my home, where I’m raising my two children, was vandalized with Antifa symbols and profanity,” Mace wrote. “Although my kids and I are thankfully fine, these criminal acts are unacceptable no matter your politics.”

“My kids aren’t even safe in their own home,” Mace added in a YouTube video reacting to the vandalism. “It’s wrong. We can disagree politically but vandalizing somebody else’s property is wrong and it’s illegal.”

Charleston police are currently investigating the incident after Mace filed a report with the department, Fox News reported.

This isn’t the first time Mace’s property has been vandalized. Her car was keyed with expletives in October about a month before she won her election, according to Fox News.

Three parks in Mace’s community were also targeted with vandalism over Memorial Day weekend, Charleston police told The Post and Courier. One of the parks was vandalized with an anarchist symbol, the outlet reported.

“Acts of vandalism and hate are simply unacceptable and have no place in our society,” South Carolina Sen. Tim Scott said Tuesday. “Praying for you, the kids, and our community. I trust our local law enforcement officers will get to the bottom of this soon.”

“I’m so sorry Nancy. I hate that your children had to see that,” added former South Carolina Gov. Nikki Haley.

The Coalition for a Democratic Workplace, an alliance of hundreds of industry groups opposed to the PRO Act, attributed the vandalism of Mace’s home to the “continued intimidation by unions and extremist groups.”

“These groups are ramping up their pressure campaign on Congress and resorting to the harassment of elected officials to pass the PRO Act which would dramatically alter the country’s labor laws that would have a catastrophic impact on our economy and jobs,” Coalition for a Democratic Workplace Chair Kristen Swearingen said in a statement Tuesday.

“This is the perfect example of the type of harassment and intimidation that the PRO Act invites. It would enable labor to deploy intimidation tactics and threats to force employees to join unions,” Swearingen added.

France: Sperm donation could be extended to single and lesbian women