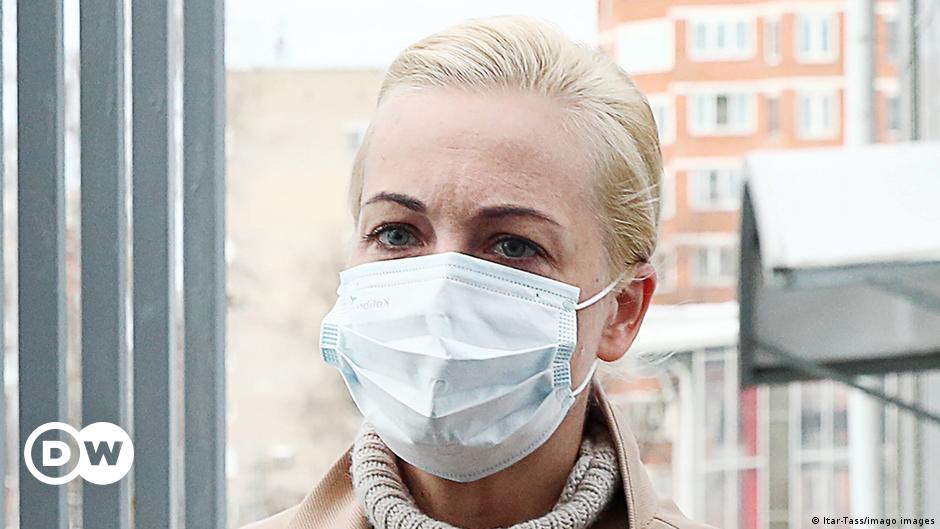 Navalnaya took a flight from Moscow’s Domodedovo Airport to Frankfurt, according to the Russian news outlet.

The development was later reported by Germany’s Der Spiegel magazine. Though initial reports seemed to hint at the possibility that she had fled Russia, according to Spiegel Yulia Navalnaya was in Germany for a private visit.

In January, Kremlin critic Navalny was arrested upon his return to Moscow after he spent months in Germany recovering from a poisoning attack that he believes was ordered by the Russian government. The Kremlin has denied any wrongdoing.

DW’s Natalia Smolentceva tweeted from Frankfurt Airport: “Waiting for Yulia Navalnaya. A passenger from the plane confirmed she was on it.”

A Russian court subsequently sentenced Navalny to 3 1/2 years in prison on charges of violating the probation terms of a 2014 embezzlement sentence.

A clampdown on mass protests following Navalny’s jailing in Jaunary led to the detention of 11,000 people and the prosecution of several of his key aides, such as his spokeswoman, Kira Yarmysh, who is currently under house arrest.

Navalnaya was among the people detained but was later released.

Earlier on Wednesday, Russia issued an arrest warrant for Leonid Volkov, another close aide of Navalny’s.