Roce Today – Politics, Opinions, Gun Rights,Pro-Life and Border Wall
Home Politics Republican are not on board with the Democrats $3.7 Billion bill 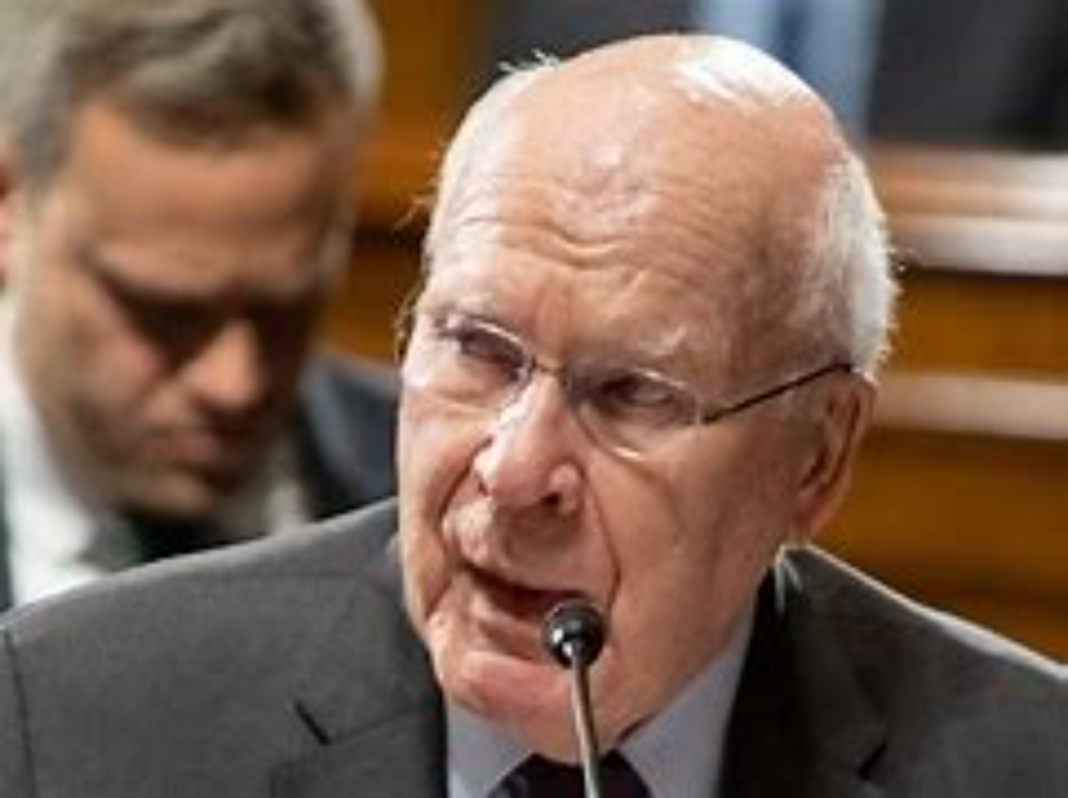 The Senate appropriations committee released a $3.7B bill to fund the U.S. Capitol Police Monday evening. That dollar amount is more than the $2B House approved bill. Republican members of the committee, including ranking member Senator Richard Shelby, are not on board with the increase. This has put Chairman Patrick Leahy into a tizzy. He vented his frustrations to reporters and the audiotape was released in this morning’s edition of Punchbowl News.

The audio can be heard here if you have a little more than two minutes to spare. It’s not the best quality but you can hear most of it pretty clearly. A reporter eggs Leahy on by bringing up the ranking Republican, Shelby, and Leahy calls Shelby’s proposal “stupid”. He says Democrats waited “weeks and weeks and weeks” for it and it’s just too small. He says he will put up his own bill if he can’t get better support from Republicans. Don’t hold your breath, Pat.

The rant really is something to listen to, what with Leahy claiming we look “like idiots to the rest of the world” talking about “stewing” all weekend, “stomping around my fields” because of his frustration. Nothing like an 81-year-old man having a temper tantrum. He briefly mentions the “insurrectionists” in the January 6 riot but mostly focuses on police dying and National Guardsmen not being paid in a timely manner. It doesn’t sound like he is saying that police died during the riot at the Capitol, which has been debunked. The only death during the riot was the death of Ashli Babbitt who was shot by a Capitol policeman.

Here’s the thing- Senator Shelby says the bill is going in the wrong direction. He’s right. The bill is meant to fund Capitol Police. It is not meant to fund the items added by Leahy and the Democrats in the committee.

Leahy’s bill includes money for lots of priorities that have nothing to do with the U.S. Capitol Police. He added $425 million to “address unmet needs due to the ongoing COVID-19 pandemic placed on organizations providing services to domestic violence and sexual assault survivors and victims of child abuse;” “$1.3 billion in emergency funding to address COVID impacts at the Department of Defense;” and $100 million for emergency aid for Afghan refugees.

All of those things may be worthy of their own funding but not as additions to this bill. Let those items be debated on their own and present Capitol Police funding as a stand-alone bill. Stop trying to Christmas tree every bill that comes up. Leahy tried to justify the excess funding on the Senate floor as he introduced the bill.

“We did not budget for an insurrection, and I am glad that my Republican colleagues have joined the negotiating table on this urgent matter, but their proposal falls far short of the needs of the moment. A violent insurrection happened. A pandemic happened. And the President announced the withdrawal of American troops from Afghanistan. These events created urgent needs that must be met now.”

Senator Shelby offered a stripped-down $633 million dollar proposal that would solve the funding crisis for Capitol Police and the National Guard. It allows more time to separately negotiate on the other items. Shelby issued a statement on the bill.

There is a need for the Senate to move in a timely manner. The Capitol Police department is in financial trouble. It may have to furlough employees. Part of the reason for its financial problems is the overtime costs post-January 6 riot. The police department can shift funds around for a while but funding runs out by mid-August. Both sides will point the finger at the other side if an agreement can’t be made by that time. Let’s hope that Republicans stay firm and a bill that fulfills its mission is voted on, not one loaded up with more slush fund money.

Bloomberg:Empty Shelves and Supply Chain Crisis ‘Might Not be a Bad...

Scientists warn that humans are on track to cause catastrophic global...

California to Funding Abortion Tourism As Part Of Plan To Become...