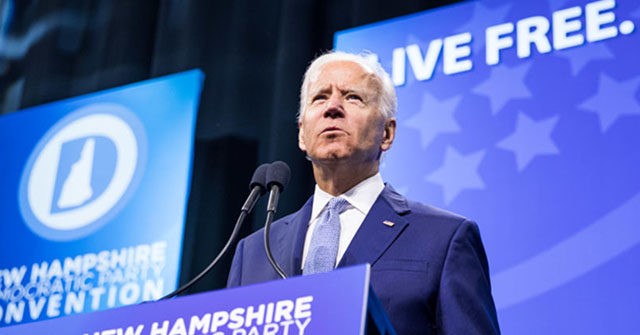 A Republican defeated a Democrat in a New Hampshire House special election Tuesday in Merrimack, a town President Joe Biden carried by six points in the 2020 presidential race.

“The turnout was huge by special election standards, reflecting the enthusiasm on both sides,” local outlet WMUR observed. The seat became vacant after the death of state Rep. Dick Hinch, a Republican who had just been elected speaker of the House before he died in December.

The Republican State Leadership Committee (RSLC) said in a press release after Boyd’s win that Democrats had perceived the race as a “bellwether” for the upcoming 2021 and 2022 elections.

The RSLC reported that in a Democratic Legislative Campaign Committee (DLCC) fundraising email in April, the latter group had written of the race, “This is an early chance for Democrats to get a head start and lay the groundwork for victory in one of the hardest-fought swing states of the 2022 midterms.” The DLCC poured $30,000 into electing Thomas, while the RSLC reported spending $10,000 on Boyd.

WMUR noted the race was “believed to be the most expensive special election in state history.” An estimated $100,000 was spent on the election, per the Union Leader.

Mowers issued a congratulatory statement after Boyd’s victory, saying, “Bill has dedicated his life to service on behalf of the residents of Merrimack and he will continue that dedication by working tirelessly on their behalf in Concord.”

In a testament to the national attention the small-scale election received, Mowers noted in the statement that he had hosted fundraisers with former Secretary of State Mike Pompeo and Sen. Tom Cotton (R-AR), raising more than $15,000 for the New Hampshire GOP’s special election efforts.

In a Twitter thread that also pointed to a Republican special election win on Tuesday in Connecticut, the RSLC wrote, “The RSLC continues to build on its 2020 momentum in New England!” The group added, “State Republicans continue to run strong candidates with the right policies, and the RSLC continues to make smarter investments than its counterparts”:

State Republicans continue to run strong candidates with the right policies, and the RSLC continues to make smarter investments than its counterparts.

We have the wind at our backs as we prepare to hold the line against Democrat-controlled Washington in 2021-2022.

The wins indeed represent a continuation of Republican state-level successes in the otherwise deeply blue Northeast region of the country.

In the Granite State in particular, both chambers of the legislature flipped to Republicans in 2020.

The Senate inverted from a 14-10 Democrat majority to a 14-10 Republican majority, the 400-seat House went red after gaining 56 seats, and the party also took control of the powerful Executive Council, 4-1. The Executive Council, unique to New Hampshire, appoints government officials, controls the release of money from Treasury, and can make pardons.

Write to Ashley Oliver at aoliver@breitbart.com.

Women Face Their Fashion Fears For A Week • Ladylike