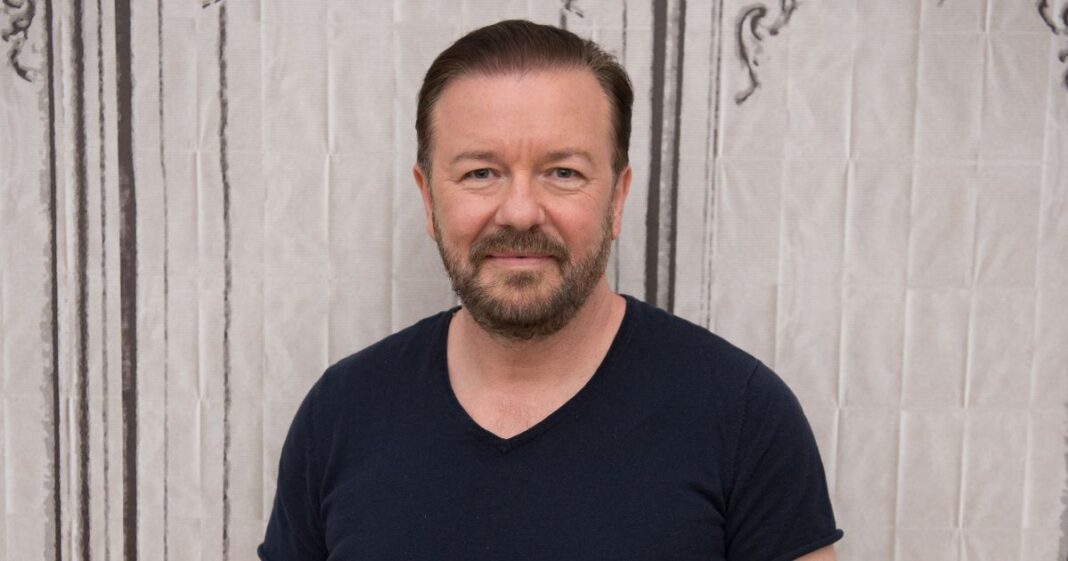 Ricky Gervais has hit out at those who have called for the resignation of a teacher for showing a cartoon of the Prophet Muhammad to students.

Protesters have been gathering outside Batley Grammar School, West Yorkshire for the past few days demanding the unnamed teacher is sacked for blasphemy – forcing the headteacher to keep 980 kids at home.

The man, who has not been named, is getting support from police following the furious backlash from some sections of the local Muslim community at his actions.

Now The Office star, 59, has mocked the protesters on Twitter by telling his 14.5million followers: “Blasphemy? F***ing Blasphemy? It’s 2021 for f**k’s sake. What next? People being punished for insulting unicorns?.”

Mr Gervais, who is an atheist, was backed by BBC broadcaster Nicky Campbell, who said his tweet was about the ‘lunacy of blasphemy’.

He added blasphemy was a “victimless crime” and also hit out at a critic of the comedian.

There was fierce backlash to Gervais remarks, with one angry social media user saying his tweet was “an insult to the Islamic community worldwide”.

The outspoken funnyman has previously blasted religion on Twitter.

He said: “Imagine if you carried on believing in Santa and the tooth fairy into adulthood. And even killed & started wars over it. Haha. Imagine that’.

A pupil has set up a petition calling for the reinstatement of the religious studies teacher and so far it has been signed by 8,500 people.

Its is claimed the teacher has been forced to flee his home because of death threats, MailOnline reports.

Mohammed Hussain of the ‘Purpose of Life’ charity, which published the teacher’s identity online, said he condemned violence in the name of Islam.

He said he had to speak out after being asked by a radio interviewer several times whether he condoned beheadings and apparently failing to condemn them.

He said: “I was shocked and upset at the questions. I couldn’t understand why I was being asked about beheadings.

“I was trying to say that I was against beheadings and that the Prophet said that if you were to kill one innocent person you were killing Mankind. I am against any type of violence in the name of Islam and do not support the beheadings that have taken place.”

Wisconsin:Tim Ratham Puts Forth Resolution to Decertify the 2020 Election