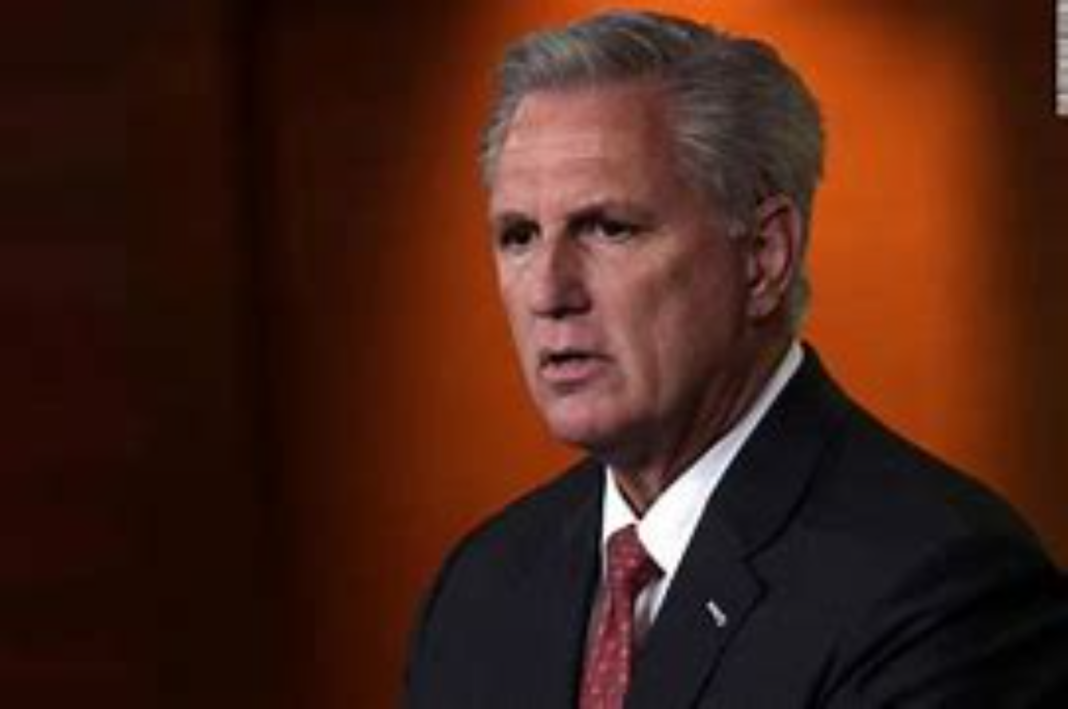 Just before midnight on Friday, we witnessed an utterly disgraceful act by a group of 13 House Republicans. Given the chance to deal a severe blow to President Biden’s flailing agenda, they instead rescued him by providing Speaker Nancy Pelosi with the votes she needed to overcome resistance from the far Left of her party.

For months, Biden’s multi-trillion dollar domestic agenda has been mired in problems. Democrats are dealing with disagreements among the extremely liberal and less liberal wings of the party, and narrow majorities have left leadership with little margin for error.

Their goal has been to pass trillions of dollars of new spending at a time when debt as a share of the economy is at historic levels rivaled only by the fight against World War II. The strategy all along was for Democrats to win over some Republicans to their cause by creating a charade that their agenda was actually divided into two parts: a physical infrastructure bill, and a sweeping social-welfare bill.

Senate Republicans got the ball rolling when 18 of them decided support the unnecessary infrastructure bill, with its $550 billion in new spending, and send it to the House for final passage.

On Friday night, after months of back and forth, it looked like Biden’s agenda could suffer another setback, as not all progressives were sold on the idea of agreeing to pass the infrastructure bill with only a commitment from holdouts in the House that they would vote for the social spending bill in a few weeks, once the CBO analysis comes out. With only three “no” votes to spare within her own caucus, Pelosi lost six Democrats — enough to sink the bill. Yet 13 Republicans swooped in to rescue Pelosi, provide Biden with the biggest victory of his presidency, and put the rest of his reckless agenda on a glide path to passage in the House.

This is a substantively bad decision that is political malpractice. It represents a betrayal.

The federal government already spends more than enough on infrastructure to meet our needs and the COVID-19 bailout money left many states awash in cash. Despite promises, only a small portion of the bill focuses on traditional infrastructure such as fixing roads and bridges and the legislation (soon to be law) will add $256 billion to deficits. It will also help grease the wheels for the passage of the larger multi-trillion welfare bill that will expand Medicare and Obamacare, initiate a federal takeover of preschool and child care, and impose economically devastating tax increases on individuals and businesses.

Politically, it’s unclear what Republicans are thinking. Biden entered this week reeling from a devastating rebuke of his presidency by voters in areas of the country thought to be reliably Democratic. He headed into the 2022 election year a wounded animal, and Republicans stood to make major gains. Now, they tossed him a life raft and allowed him to put bipartisan gloss on his radical agenda.

Every Republican who voted for this monstrosity who is not already retiring should be primaried and defeated by candidates who will actually resist the Left-wing agenda. Those who are retiring should be shamed for the rest of their lives. It also is not too soon to be asking whether Representative Kevin McCarthy should be ousted from leadership for his inability to keep his caucus together on such a crucial vote.

Here are the names of the 13 Republicans who voted with Pelosi and Biden: